Yesterday I featured a guest post by the author of Darkroom, Joshua Graham.

Today I am reviewing the book. 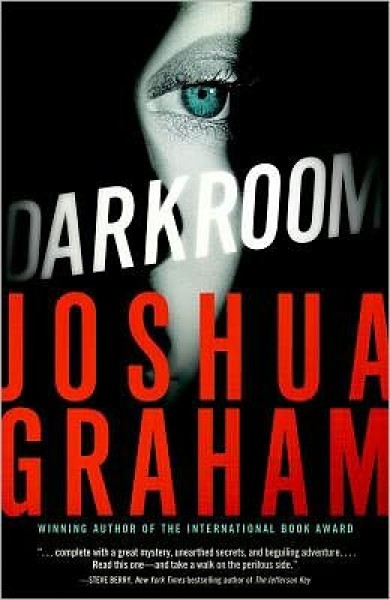 Xandra Carrick and her father Peter have just returned from Vietnam, where they journeyed to scatter her mother’s ashes. Upon returning, Xandra goes into her darkroom to develop some photos she had taken with her old analog camera…and is stunned when she sees a body under the water of a pond, that she knows was not there when she took the photo.

Soon enough, Xandra becomes a murder suspect, and must fight to save herself and her father when she discovers there is a series of murders that is all connected to the Vietnam War. Armed with her camera and her supernatural visions, Xandra must decide who she can trust, when they murders all seem to come back to one very high profile politician.

The way you interpret this book may be based on what genre you envision it to be. As a suspense novel, it is just OK. As Christian fiction…well I really am not sure how it compares to other Christian fiction, because I have never read any. But as a combination of both, I’m not really sure it was a success.

The story is told through several characters’ viewpoints, which can be nice and an easy way to getting all accounts of a story, when done correctly. This novel seemed to have just a few too many viewpoints for me. For example, Colson’s wife has one chapter in the beginning, and then we never hear anything from her again. I think at least 2 or 3 people’s chapters, we could have done without.

And then we have Xandra. I can’t say I really identified with her, I found her to be kind of emotionally lacking. She either didn’t feel anything, or she was flying off the handle yelling at someone. I wish I could have gotten more of her true personality, because she really didn’t seem to have one.

I wish I could have learned why Xandra was getting the visions, and where they came from. It was implied but not expressly stated that they were a gift from God. Maybe it’s just the supernatural reader in me, but that answer didn’t seem to satisfying.

The backstory in Vietnam and how Xandra’s parents met and got married was lovely, but I don’t think so much of it needed to be told. Obviously some of it was crucial to the big cover-up, but there are several parts I could have done without.

All in all, I found this book to be just kind of average. There were no big twists or surprises. And the storyline I was hoping would have a happy ending, did not. I did quite enjoy the author’s writing style, so maybe I will check out another of his books, but in a different genre.