Hi! I’m so excited to be participating in the read-a-long for Sweet Evil by Wendy Higgins.  This is being hosted by the cool Magical Urban Fantasy Reads.

This book has been out for several months and although I owned it, I hadn’t gotten the chance to read it because of so many other things I needed to read for tours and such.  So when I saw this read-a-long, I thought it would be a great chance to get the book read in a leisurely manner 🙂

If you hadn’t heard about this book, let me tell you more about it.

What if there were teens whose lives literally depended on being bad influences?

This is the reality for sons and daughters of fallen angels.

Tenderhearted Southern girl Anna Whitt was born with the sixth sense to see and feel emotions of other people. She’s aware of a struggle within herself, an inexplicable pull toward danger, but Anna, the ultimate good girl, has always had the advantage of her angel side to balance the darkness within. It isn’t until she turns sixteen and meets the alluring Kaidan Rowe that she discovers her terrifying heritage and her willpower is put to the test. He’s the boy your daddy warned you about. If only someone had warned Anna.

Forced to face her destiny, will Anna embrace her halo or her horns?

This week’s theme is ROAD TRIPS!

I’m not the biggest fan of the trip itself, and honestly when I was younger I used to get really bad carsickness.  It’s pretty much gone though now that I’m grown up!

What do I always bring with me?

Vanilla Coke–My favorite soda EVER. It’s actually pretty rare where I live, so when I find some at a gas station along the way I always buy it. 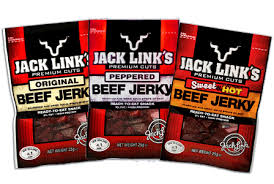 Beef Jerky–Keeps your jaw busy chewing, and also give you protein to kill your hunger for a longer amount of time.

MP3 Player–Yes, this is my actual MP3 player 🙂 I have an adapter that connects it to our car stereo.  My husband and I both like wide varieties of music, so this thing is jam packed with everyone from The Used, to George Strait, to Boyz II Men.

I think that’s about it…I am pretty happy to just kick back and enjoy the scenery.

Well, I have had VERY mixed results with angel/Nephilim books, so I’m anxious to see where this leads.  Anna is a goody two shoes who is extremely sheltered.  She actually reminds me of myself when I was in high school.  I am a bit perplexed as to how someone like Anna could be best friends with a guy like Jay…he seems way more outgoing and popular.

Kaiden (pronounced Ky-den, but I keep saying Kay-den in my head) is just alright so far.  There hasn’t been that much interaction between him and Anna, and what there has been was very rushed and a bit confusing (for Anna and me both).  I definitely don’t get the smoldering sex god vibe yet, but maybe it’s yet to come.  A British accent gives him points in my book, however!

My chest heated and it spread through my face and limbs.

Kaiden: “You’re too embarrassed to say it?  Sex. Go ahead, give it a go.  Sexsexsex.”

It’s not too late to enter the read-a-long!  Click the banner at the top for info.  Just for joining, you could win your choice of FIVE ARC’S!