Junco Coot can’t even remember her trip off Earth; she was too busy being morphed into her new avian body. But reality hits her hard when she wakes up to find her new life is not what she expected. Not even close.

Tier is on trial for treason, the avian president wants her dead, her new military team is hostile, her body is being taken over by an illicit AI, and her only friend is a ten-year old throwaway boy.

In most places the avian Fledge ritual would be nothing more than mass murder, but here in the capital city of Amelia, it’s called growing up. Junco has two choices: fight to the death to prove her worth, or get sent back to Earth in the hands of her enemies.

In a foreign culture and surrounded by people she can’t trust or count on, Junco must find a way to save herself and Tier without losing her immortal soul in the process.

CONTENT WARNING – Just like CLUTCH, Book Two has lots of bad language and extreme violence. You’ve been warned. This series is NOT YOUNG ADULT. 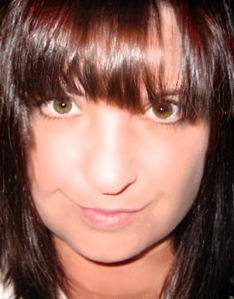 J. A. Huss never took a creative writing class in her life. Some would say it shows. Others might cut her some slack. She did however, get educated and graduated from Colorado State University with a B.S. in Equine Science. She had grand dreams of getting a Ph.D. but while she loves science, she hated academia and settled for a M.S. in Forensic Toxicology from the University of Florida.

She’s always packing heat and she is owned by two donkeys, five dogs, more chickens and ducks than she can count, and of course, the real filthy animals, her kids. The I Am Just Junco series was born after falling in love with the ugliest part of Colorado and the Rural Republic is based on the area of the state she currently resides in, minus the mutants, of course.

Posted on October 11, 2012, in Uncategorized. Bookmark the permalink. 1 Comment.