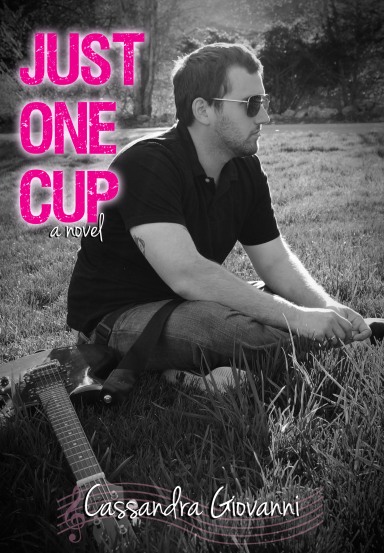 Emma Walker was a writer who’d lost herself to someone else’s anger–who had given up on ever feeling like herself again.
Evan Levesque was a rock-god–the one all the woman wanted, but he’d never gotten used to the loneliness between the stage and real life.
With just one cup of coffee they’ll begin a journey of self-discovery at each others sides, but can Emma handle Evan’s fame while dealing with her own demons? Emma’s checkered personal past, a bad relationship that haunts the edges of her memories, threatens to make everything implode on them when Evan takes matters into his own hands.
Sticks and stones may break my bones, but your words…they’ll destroy my soul–Can Emma handle being put back together and facing who she’s become because of it?

When he came off the plane he was wearing aviators, a black button-up, dark wash jeans and those Converse shoes that I hated on anyone but him. He lifted his sunglasses and broke into a smile as I ran into his arms. He dropped his bag and spun me around as soon as I was in his arms.
“How did you know?” he asked as he set me on the ground, his hands tangled in my hair.
“You told me what flight you were on.”
He shook his head and held my chin in his hand. “I’ve always wanted to have someone to wait for me—to spin them around and then do this.”
He pulled my chin up and tilted it until our lips touched—soft at first and then the reminder that we hadn’t kissed in two months came over us. The only thing that could pull us apart was the whistle that echoed through the terminal and then the incessant flash of cameras.
“Crap,” Evan hissed, his forehead pressed to mine with his hands on either side of my face so they couldn’t get a good picture of me. “You don’t want them to know who you are yet, do you?”
I shook my head but said with my voice shaking, “I knew the risk.”
He swallowed and then smiled. “Tilt your head down so that your hair covers your face from view.”
I did what he said and then felt his hands slip the glasses over my eyes. As I looked up his cocky half-smile made me laugh.
“They look a hell of a lot hotter on you,” he teased, throwing his duffel bag over his shoulder and wrapping his arm around my waist so that his fingers were in the front pocket of my jeans.
“I don’t think that’s possible,” I replied, breathless from the feel of his touch as my t-shirt rose, exposing the flesh of my hip to his warmth.
“It’s very possible with you,” he whispered into my ear as we made our way past the flashing cameras. “I can’t wait to see the tabloids on this one.”
“It would be much better if we did something dangerous, like locked ourselves in a public restroom.”
He looked down at me through his eyebrows. “Really? That’s not all that clean.”
“I haven’t seen you in two months,” I said, turning and stopping in front of him. “I’ve thought about you every single day. Do you know what that does to a girl? Especially when pictures of you half-naked are strewn across the internet.”
“I see you found those.” His voice was edged with amusement, but his face was red in embarrassment.
I pulled on the collar of his shirt before leaning up on my toes and whispering into his ear, “I need some real ones.”
“What do you need pictures of when I’m here?” he answered, his breath hot on my chin, voice seductive.
“I need you to burn the images into my mind then,” I said before gently biting his ear.
His free hand drifted down the small of my back to my rear pocket. “I thought I already had.”
“Mhmm…I need more.”
“I have to admit I kind of enjoy this.” He smirked down at me. “But teasing me like this is just cruel.”
“Does the rental car have blacked out windows?” I asked over my shoulder as I turned.
I watched his Evan’s Adam’s apple rise and fall. “I sure hope so.” 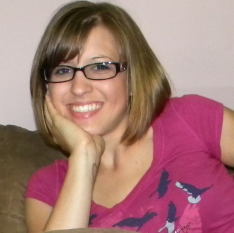 Cassandra doesn’t remember a time when she wasn’t writing. In fact, the first time she was published was when she was seven years old and won a contest to be published in an American Girl Doll novel. Since then Cassandra has written more novels than she can count and put just as many in the circular bin. Her personal goal with her writing is to show the reader the character’s stories through their dialogue and actions instead of just telling the reader what is happening. In 2012 she became a published Young Adult author, releasing In Between Seasons (The Fall, #1) and Walking in the Shadows. In 2013 she branched out by using her artistic illustrating talents to publish her first Children’s novel, The Adventures of Skippy Von Flippy: Tales of Friendship (Skippy Tales, #1). Cassandra will also release her first New Adult novel, Just One Cup, in the Spring of 2013.

Cassandra is a freelance professional photographer known for her automotive, nature and architectural shots. She is the owner of Gio Design Studios, a photography and publication marketing company that designs covers and marketing materials for authors utilizing the company’s photography. She is currently studying to receive her associates degree in Marketing. Cassandra is happily married to the man of her dreams and they live in the rolling hills of New England with the other loves of her life their dogs, Bubski and Kanga.