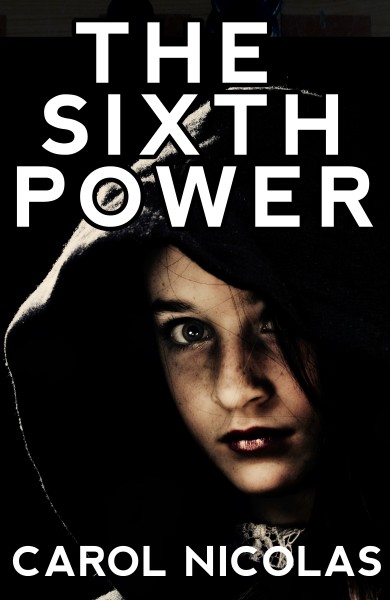 Tania Westing, a high school senior, is one of the Gifted Ones, descendants of an ancient family with seven special powers. Some of the powers are common, and some are rare.

Until her geneticist brother Tom was murdered, Tania lived an ordinary life. Now hidden in her mind is a clue that will reveal Tom’s research, including secret formulas to unlock all seven powers. During spring break, Tania meets and falls in love with handsome Dan Maclean. When Tania reveals her rare power to heal, the evil Gifted Ones who killed Tom suspect Tania has his research and formulas and come after her. Tania must learn to use her powers to help save Dan’s sister in time to keep Tom’s secrets safe.

Sometimes, even when you know that death is imminent, you just have to go ahead and complete your small task in the great plan, Tom thought as he glided through the still, dark room. His bare feet made no sound on the smooth, hardwood floor. He felt strange sneaking around like a thief in his own house.

Tom paused at the ornate chess set on the living room coffee table. His sister, who always played white because his dad insisted she have the first move, could lose in three moves if she wasn’t careful. Tom moved her bishop. There, that should buy her some time. Too bad his own problems weren’t so easily solved.

The grandfather clock ticked steadily in the elegantly furnished living room. He had to hurry. He used his Gift and sent out a mental sweep of the La Jolla neighborhood. None of El Calavera’s men were in the area, though he had spotted them following him earlier that day. He knew they were close and would catch up to him. He planned to be far from here by then.

Tom entered the study and sat down at the family computer where he and his sister had spent many hours playing on-line games. He accessed his email and opened a file he had sent earlier from Triumph Genetics Lab. At once the virus he had created began to destroy all the files in every system.

He opened the door to his father’s bedroom and moved noiselessly to the dresser. His father had set up a shrine there: a vase of gladiolas and lilies, his mother’s framed picture, her gold cross on a fine gold chain, and a pair of fat purple candles that illuminated the room and sent the fragrance of lavender through the air. Three sympathy cards stood open on the left. In the center was a bronze box with a plaque engraved with the words ‘Maria Valdez Walters Westing.’

“Mother.” He kissed his fingers and touched the words.

He glanced at the rumpled bed. His father must have taken a sleeping pill; his mouth was slightly open and his breathing hoarse and ragged. Tear stains glistened on the side of his haggard face. Tom bent down and kissed his father’s forehead. “Love you, Dad,” he whispered. Sorrow flooded Tom’s heart. He knew he was about to cause his father even more grief. He touched his father’s forehead and sent a specific command to his subconscious.

Next, he went to his little sister’s room. At fourteen years old, Tania was already a beauty: tall and slender, with straight black hair that fell past her shoulders, and smooth, light brown skin. She was so much like their grandmother. Her eyes were closed, her breathing slow and peaceful. Her favorite book, The Lord of the Rings, lay beside the pillow where it had slipped from her loosely curled fingers, and her bedside lamp cast a dim glow into in the dark room. He wondered if she ever turned it off at night now. Even in sleep, she looked a little sad. His heart ached.

He leaned over and kissed her forehead. “Sweet dreams, little Sis. Remember me. Take care of Dad.”

Tania surprised him when she opened her large, dark eyes and grinned. “Gotcha! You thought I was asleep, didn’t you?” She sat up and wrapped her arms around him. “Are you home for the weekend?”

“No, I just stopped to say goodbye.” He squeezed her tight, memorizing her.

She sniffed. “You smell weird.”

He sighed, released her, and sat down next to her on the edge of the bed. Tania was much too observant, but he would let her play their game. “Go ahead. Deduce.”

Tania’s eyes twinkled as she studied him. “You’re wearing old clothes, and you smell like smoke, sea brine, and sweat. There are ashes in your hair. Your left forefinger and thumb are red. Your sleeves and cuffs are wet at the edges. Therefore, you and some of your fellow profs — no, make that your two buddies at the lab — those other dolts are much too stuffy to do something fun — had a hot dog roast at the beach before you came here. Whatever you used for wood had a lot of chemicals in it. You got a little too close to the fire. Try using a coat hanger next time.”

He grinned. “Very good, my dear Sherlock. The hot dogs were delicious. We even tossed the football around.” He was dressed in his darkest jeans, a faded black t-shirt, and a black wool coat, but it was more for camouflage than anything else. There hadn’t been time to clean up before he’d come from the lab. He wouldn’t tell her what he had really been doing there.

Tania reached out and tugged gently on his long, tangled hair. “It’s grown since I saw you last. If you stick around, I could cut it for you tomorrow.”

Tania looked so hopeful, but he shook his head. “No. I can’t stay.”

She frowned. “Where are you going?”

He brushed a strand of her hair away from her face and tucked it behind her ear. Sorrow clenched his heart, but he didn’t let on. “Away.”

Her eyes filled with tears as she took his hand. “I love you, Tom.” Her words were underscored with a yearning for him to stay, as if those words were strong enough to bring him back home for good, strong enough to heal the rift between him and his father, and make them all a real family again. But nothing could do that now. Their mother’s ashes were three months cold, and soon he would be with her.

“I love you too, more than you know.” With all his heart he wished he could be there to see her grow up and fulfill her enormous potential. Like Tom and the others of their mother’s family, Tania had inherited many of the usual Gifts. But Tania was special. His genetic studies had revealed that not only did she have her mother’s DNA for the extremely rare gift to heal, but she also had the DNA that would signal the pituitary to secrete the hormone that would activate the Gift. Tania would become a great healer.

As yet, Tania was untrained and barely aware of her Gifts. All their mother had been allowed to do was to teach her to how to hide her uniqueness, to blend in with the normal population. For her own safety, Tania would have to remain that way until Aunt Sarah decided otherwise. The research which he had conducted with DNA samples from those with the Gifts, including his startling discoveries which he had planned to share with Aunt Sarah, would have to remain hidden as well. He was out of time.

Tom took Tania’s hand and turned it so that the ruby in the delicate gold ring glittered in the lamplight. This ring was more than just a symbol of the powerful Valdez family; it would shield her mind from those who sought to probe her thoughts. In a few years, when Tania would begin training in her Gifts, she would learn to actively protect herself. Aunt Sarah and the others would keep her safe until then. “Promise me that you’ll always wear this ring.”

Tania squeezed his hand. Her eyes were sad. “I promise.”

The clock struck the half hour. Tom had to get out.

He picked up the book from beside her pillow, removed her bookmark, and opened it to the page he needed. The Lord of the Rings had been one of their favorite stories as children. They had spent so many hours playing together. He smiled. “Remember how we used to pretend to be Frodo and Sam on the way to Mount Doom?”

“We also used to make up riddles for Bilbo to use on Gollum.”

“Those were great times.”

He looked out the window and blinked back tears. He would never see his sister again. His hand rested on the page as he recited. “‘All that is gold does not glitter, not all those who wander are lost; the old that is strong does not wither, deep roots are not reached by the frost. From the ashes a fire shall be woken, a light from the shadows shall spring; renewed shall be blade that was broken, the crownless again shall be king.’ Remember that, Sis. Listen with your heart to find the truth.”

Tania’s eyes were on his face, so she didn’t see how he pulled a bookmark from his pocket, inserted it into the book at the passage he had just quoted, and then slipped her bookmark into his pocket. Keep it safe, he silently commanded. He looked down at her, wishing there was more he could do. Then he placed two fingertips at her temple and whispered, “Na dolen.” The command would keep her from remembering this conversation until she needed it.

Carol Nicolas lives in northern Utah (USA) with her husband. A native of Canada, she attended BYU-Idaho (formerly Ricks College) and obtained a bachelor’s degree in education from Brigham Young University (Provo, Utah USA). A teacher, mother of five, wearer of silly socks, and fan of sci-fi/fantasy books and films, she enjoys growing herbs and vegetables, painting, and researching her family history. She likes rock, pop, Celtic and classical music. She has traveled throughout Europe; her favorite city there is Paris, though the romance of Venice is a close second. She speaks American English (with a Canadian accent after she has been talking with her Canadian family on the telephone for just a few minutes), as well a basic modern Greek, which she studied for 4 years to be able to communicate with her husband’s family on their bi-annual trips to Greece. Her deepest secret: she hides chocolate in her desk for emergencies!

Her latest book is the YA paranormal, The Sixth Power.

You can visit Carol’s blog site at http://carolnicolas.wordpress.com

Carol Nicolas will be giving away a $75 Amazon Gift Card to one lucky person at the end of her tour!