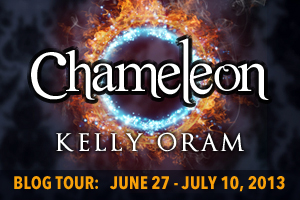 For small-town rebel Dani Webber magic and monsters are no more real than the Easter Bunny… until the day she accidentally stops time. Dani quickly discovers that not only do supernaturals exist, but she herself is one of them. This is great news for her life-long best friend Russ, who can finally come clean about his own supernatural status and his undying love for her. Before the two can start to enjoy the long overdue relationship, Dani is taken by a powerful council of supernaturals who believe she is the Chosen One destined to save them from extinction.
As if being kidnapped and expected to save the world isn’t bad enough, an ancient prophecy warns of the Chosen One’s dark nature: “Only the truest love will keep her an agent for good.” The council believes they know who this “true love” is and, unfortunately, that person isn’t Russ. The mysterious, powerful and devastatingly handsome Seer is the last person Dani wants in her life, but when she starts having visions of a horrific future, she has no one else to turn to for help.
Soon Dani finds herself torn between two very different boys with two very different opinions of whom she can trust. With the visions getting worse and time running out, Dani is forced to put aside her feelings and work with both the Seer and Russ before an ancient evil is unleashed upon the earth.

I’ve read another series where the main character had powers similar to Danielle’s (the main character of this book), so I can’t say I thought the book was entirely original. I thought it was a very good supernatural story though, heavy on the romance side but with it came a big love triangle.

Now, I don’t mind a good love triangle every now and then. For this book though, I kind of felt like Danielle was stuck between a rock and a hard place. With all the changes going on in her life, she also has to choose between her best friend Russ and her new mate that’s been forced upon her, Gabriel. I honestly felt it, that the choice she had to make was ripping her heart out. I did feel she led one of the guys on though, even though she said she wasn’t trying to do that.

I’m still not sure if I liked Danielle or not. She is not your typical kick-ass paranormal YA heroine, and she does whine and complain a bit more than I would like. She does have some funny moments though, and she’s at her best when she’s with one of the guys she loves. One character I know I loved was Russ. He and Danielle have been best friends since they were young children, and as he finally introduces her to his hidden life, he’s expecting them to be together forever. It hurt to watch him come to grips with everything that happened in the book.

At the end, I finally felt Danielle had grown up some, and embracing her destiny. Though I thought there were a handful of parts that were slow moving, I’m glad I finished the book. Kelly Oram has created a fun and imaginative supernatural world that I’ll be happy to visit again in future books.

Kelly Oram wrote her first novel at age fifteen–a fan fiction about her favorite music group, The Backstreet Boys, for which family and friends still tease her. She’s obsessed with reading, talks way too much, and loves to eat frosting by the spoonful. She lives outside of Phoenix, Arizona with her husband and four children.

Enter the giveaway to win a $50 Amazon gift card!