The Maya Price Story, Book One

Maya Price is a typical eighteen-year-old girl without much going on in her life. Her biggest problems include getting ready to leave her hometown for college, figuring out how to avoid her ever-so-strange stepmother, and trying to muddle through her feelings for her best friend, Pete. Yet, on one of her last nights in her hometown, she and Pete are in a car accident. A stranger pulls Maya from the accident, leaving Pete behind, and takes her out of this world and into another dimension.

Maya soon discovers that she has been taken to a dimension called Leets by a group of people that call themselves shifters. Shifters are of mixed human and onyx blood and have various abilities.  These shifters are able to travel between dimensions and control the four elements (fire, earth, wind, water) and the five senses (sight, sound, smell, touch and taste). Their leader, Victoria, informs Maya that she, too, is a shifter and that she must choose to join them or risk being sought out by their greatest enemy, a shifter named Leonas.

Maya joins Victoria and her ragtag group of rebel shifters in Leets, where she is teamed up with a group of seven other shifters. Her new “teammates” include a street-smart girl named Luz, who is especially adept at controlling fire, her twin sister Espy, and a nervous boy named Lamar, who can manipulate sound better than any other shifter. Together, Maya’s team trains for the battle that will soon be inevitable.

However, Maya soon learns that her purpose is not to just move the earth or send water flying into the air. There are rumors of a hidden prophecy and that the prophecy mentions Maya by name. Supposedly, the prophecy says that Maya will one day have to choose a side and will be essential in bringing her chosen ally to power…

An Interview with the Author, Faith Rice-Mills

1. Tell us a little about yourself.

Ten things you should know about me:

My husband and I have known each other since we were teenagers. We were best friends, turned novios, turned spouses. We have been married eight years and he is the best. And, he looks like Michael Phelps. This is not a lie. A few young teenage girls wanted his autograph once.
I am a mom. My daughter, Annabeth, is two and keeps me very busy. Though she is not named for the character, her name is taken from Annabeth Chase in the Percy Jackson series.
I speak Spanish fluently, but I am not a native Spanish speaker.
I am from a small town in southeast Texas. If you watch the movie Varsity Blues, you pretty much get the idea where I grew up. I still live in Texas and, yes, I speak with a southern accent.
I do lots of yoga. I used to teach it.
I get kind of stressed out if I don’t have something to read.
I was extremely pregnant when the first installment of Harry Potter and the Deathly Hallows came out in theaters. Thus, I made a t-shirt that said “Future Gryffindor” and had an arrow pointing to my swollen belly.
When I was four, my great-great-grandfather’s tombstone fell on me and broke the femur bone in my leg. I was on my back with my leg in traction for three weeks and in a body cast for three months. It was the day before Halloween.
I hate cotton balls. I cannot stand touching them. I cannot even stand writing this because it makes me think about them.
I dress like the stereotype of a conservative librarian, but also listen to rap music very loudly in my awesome Toyota Camry. I love a good bass line.
2. What made you want to become a writer?

My family inspires me. They have always believed in and supported me. My daughter also inspires me because I want her to accomplish her goals and follow her dreams. Sounds cheesy, right? But it’s true. I don’t want her to see her mom working just for the sake of working and then follow in those footsteps.

4. Tell us about Identified.

IDENTIFIED tells the story of Maya Price, an eighteen-year-old girl from a small town in Texas.  She finds out that she is shifter, a half-human, half-onyx that can travel between dimensions.  As a shifter, Maya has the ability to manipulate the five senses and control the four elements. Supposedly, there is a prophecy that mentions Maya by name. The prophecy says that Maya will choose a side and will either help Leonas, a shifter turned evil, maintain the power he holds or to bring him down.
5.  What’s the hardest part of being a writer?

Revisions! It is so hard to revise that first draft a second, third, fourth, etc. time. I would also say publicity is pretty hard. I don’t like to push my book on people, but I kind of have to if I want them to read it. So, read my book! 😉

6.  What do you need around you to write (special drink, lucky items, etc)?

I really just need my computer, a bottle of water, some coffee and some good music.

7.  What are some of your favorite books?

(I have a lot of favorites, but these are some)

8.  Are your characters based on anyone you know?

The only character in Identified based on a real person is Maya’s brother, Carl, who is based on a childhood friend of mine also named Carl. My friend Carl also liked to listen to obscure music, played the guitar, and was very good-natured. The vehicle he drove when we were in high school was an old hearse that he had painted purple flames down the side. Almost twelve years ago, Carl passed away as a result of a car accident, for which he was not at fault. Though it has been over a decade, I still miss him.

9.  What, if anything, are you working on right now?

I am working on the second installment in the series, Burdened: The Maya Price Story. You can read excerpts on my author Facebook page!

Because the rules of normal, every day life do not apply to those things that you create. 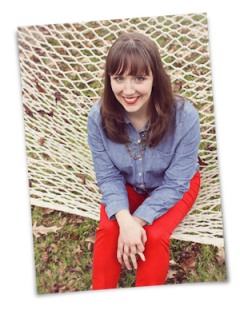 Faith A. Rice-Mills is the author of Identified: The Maya Price Story and a handful of short stories.  She moonlights as a Spanish teacher,  but has wanted to be a writer since she wrote the poem “The Jackowhipp’s Wail” as an eight-year-old.  Her writer’s spirit resides somewhere between Narnia and Mount Doom, but her physical body lives in Texas with her family.  Besides writing, she loves reading (and will take recommendations!), yoga, coloring with her daughter, and watching Parks and Recreation with her husband.  She dislikes snakes, the word “literally,” and teaching double object pronouns in Spanish.  She is currently working on Burdened, the second book in The Maya Price Story series and is writing whatever short story she has to get out of her brain.
Website | Goodreads | Twitter
Buy the Book:
Goodreads | Amazon

Enter to win a signed copy of the book.