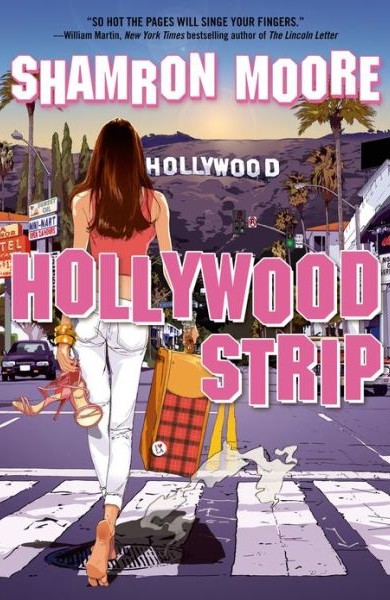 A young Midwestern girl moves to Hollywood in search of fame and fortune only to find success is more than she bargained for.

Callie is a plucky young woman who knows exactly what she wants: fame, fortune, and a fabulous career as a Hollywood actress. A starring role in an unlikely hit movie and a romance with a sexy, chart-topping singer brings her instant notoriety. But in the City of Angels, overnight success is a breeding ground for money-hungry leeches and privacy-robbing paparazzi. She quickly discovers life as an on-the-rise starlet is not as glamorous as she once envisioned.

Shamron Moore became fascinated with Hollywood at a young age.  She counts Ava Gardner, Greta Garbo, and Sharon Tate as early inspirations.  In 2000, she left her home state of Michigan for the excitement of Los Angeles.  Over the course of nearly eight years, she appeared in various international print publications, commercials, television shows, and feature films.  She left the industry to focus on writing, one of her lifelong passions.  Many of her experiences in Hollywood served as inspiration for Hollywood Strip.  She has since written a sequel and is currently penning her third novel.  You can visit Shamron atwww.ShamronMoore.com.

Her latest book is Hollywood Strip.

Purchase your copy at AMAZON.