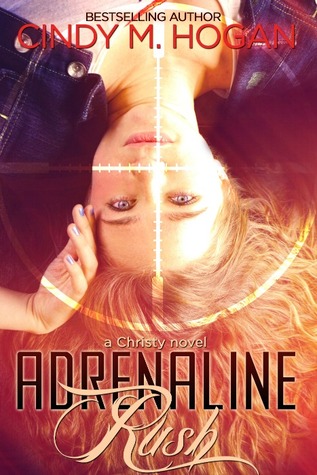 A madman with a mission is kidnapping groups of thrill-seeking high school seniors across the country, and it’s up to Christy to stop him.

To do so, she must take on a fearless alter ego and infiltrate a group of adrenaline junkies bent on pushing life to the limit. Death-defying stunts are only the beginning: two groups fit the profile, and Christy must discover the real target before it’s too late.

If she chooses the wrong group, more people will disappear. But choosing right puts her as the prime target—with no guarantee that she’ll get out alive.

As I hurtled toward my destination at 500 miles an hour, I pulled out a notebook, placed it on the shiny mahogany table in front of me, and scribbled a quick to-do list. Pick out an outfit. Get folders and notebooks. Switch into fourth period drama. I chewed on the end of my pen. Oh yeah—just one more thing. Get kidnapped.
According to my pre-mission briefing, kidnappings were up in the States by five percent over the last five years. The significance of which didn’t hit me until I found that the statistics for kidnappings had remained static for a good thirty years. The spike caught the attention of the FBI, and they put their best men on it. The problem? Right when they thought they’d discovered the pattern of the kidnappers, it seemed to change.
We hit some turbulence, and the force of it pulled me out of my reverie. I sucked in a deep breath, my hands resting on the soft leather side arms of my big comfortable seat as the Gulfstream jet jumped. I let the rollercoaster feeling wash over me like a wave, forcing myself to enjoy every last tingle. I only had this flight and a few hours tonight to assume my new thrill-seeking alias—the one that would lure the kidnappers and save the day before the pattern changed again. I might as well make the most of it.
There were four of us on board. I sat in a cluster of seats with Jeremy, my Division 57 handler. The two other agents I’d be working with, Agent Penrod and Agent Wood, sat in two similar chairs on the other side of the plane near the back. The smell of raspberries and cream still hung in the air from lunch.
I twisted the stud in my ear before brushing my hand through my long, inky-black hair. I couldn’t wait to go back to being a blonde. Too bad my black hair was integral to the upcoming mission. I bit my lip and reminded myself that at least I’d been able to get rid of the lip ring and other piercings I’d had to wear for so long.
My eyes fell on Jeremy, the best protector ever, and I thought back to the first day we’d met. As a civilian, I’d just accidentally witnessed a horrific murder committed by terrorists, and he swooped in to protect me. He was serious about his job, too. He even took a bullet for me and then didn’t hesitate to kill the terrorists who wanted me dead. I trusted him completely.
He set a file folder stamped Division 57 on the table sitting between us. He would be the one to protect me as I became the person the kidnappers would choose. I would be safe in the end. He smiled, and I tried to ignore the strong line of his jaw, his perfect nose, and his rumpled, light brown hair.
I grabbed for the file folder, reminding myself that he was my handler. The movement made me notice the faint tan line around my right ring finger. I squeezed my eyes shut, hoping it would help keep the stab of pain from my recent breakup with Rick from overcoming me. The hurt was still too raw to contemplate, but I couldn’t help it. Sure, I hadn’t met his stipulation of video chatting without fail every thirty days, but I was a spy in training, and while I’d missed one chat by a week, the last one had only been two days late. I had tried to comply, but if video chatting wasn’t available wherever I was in the world, it wasn’t available. End of story.
His words still cut me, though. I can’t handle it, Christy. If you can’t keep a little promise like contacting me every thirty days, then this will never work. If, after I’m done with my training and you’re still available, we’ll talk then. The look of hopelessness on his face on the screen was forever etched in my mind. I rubbed the area on my finger where the promise ring he’d given me used to sit, and then quickly glanced at the papers in the file to distract myself. My photographic memory immediately filed their words, statistics, diagrams, maps, and the mission details away into a file in my brain named Adrenaline Rush. 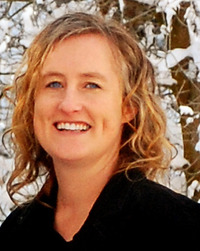 Cindy M. Hogan graduated with a secondary education teaching degree and enjoys spending time with unpredictable teenagers. More than anything she loves the time she has with her own teenage daughters and wishes she could freeze them at this fun age. If she’s not reading or writing, you’ll find her snuggled up with the love of her life watching a great movie or planning their next party. She loves to bake, garden and be outdoors doing a myriad of activities.

Grand prize giveaway
Prize (open internationally):
Ebook copies of Confessions of a 16-Year-Old Virgin Lips (episodes 1-5) and signed copies of Watched and Protected (Books 1 and 2 in the Watched trilogy).