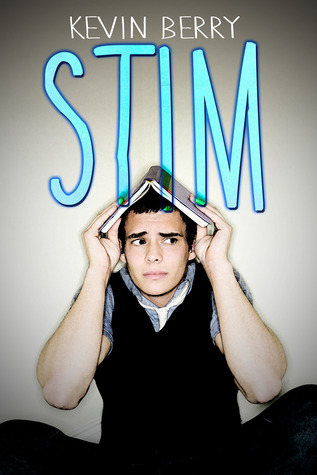 Robert is different. He has Asperger’s Syndrome. He experiences the world differently to 99% of the population. Follow his entertaining and highly empathetic story as he struggles to realise and accept who he really is, try to understand other people—which he cannot—and find a girlfriend. Especially find a girlfriend—he’s decided it’s his special project for the year. Accompanied on this transformative journey by his quirky flatmates, Chloe (who also has Asperger’s, amongst other things), Stef (who hasn’t, but doesn’t mind) and their oddly-named kitten, Robert endures a myriad of awkward moments in his quest to meet a nice, normal girl…and not even a major earthquake will stop him.

This absorbing and humorous story is starkly told from Robert’s point of view, through the kaleidoscope of autistic experience.

Robert has started college, and his goal is to find a girlfriend. However, his Asperger’s sometimes gets in the way of the things he’s trying to accomplish. It’s not that he’s trying to offend people, he just doesn’t have the social skills that non-spectrum people have; and those who aren’t familiar with Autism Spectrum people can often be insensitive or non-understanding.

I’m glad that Robert had a couple of good friends to share things with, because he is not one to hold things back. His roommates Stef and Chloe help him get through the highs and the lows he experiences. It also helps that Chloe is on the spectrum, since she can relate to Robert’s day to day life.

There were parts of the book where the things Robert did not understand were funny, and others where it was very cringe-inducing or sad. Robert is 19 years old and very intelligent, so I couldn’t really see him not being able to grasp some concepts the way he did.

I would have liked to see more about Robert’s parents and his upbringing. Perhaps this would help me perceive how he interprets the world around him.

I was happy with the ending, though it was kind of abrupt. I liked the book and getting to know a character with autism; I am just not sure that Robert really changed or realized anything about himself.

Kevin Berry is an indie author. His particular niche is writing Aspie New Adult contemporary novels set in an earthquake zone. The first of these is STIM, published in October 2013.

His first novels, co-written with Diane Berry, are Dragons Away!, Growing Disenchantments and Fountain of Forever (humorous fantasy). These are available as paperbacks and ebooks at Amazon and elsewhere.