Summer of Zombie Tour: Path of the Dead by Timothy Baker

The stench of rotting flesh is in the air! Welcome to the Summer of Zombie Blog Tour 2014, with 33 of the best zombie authors spreading the disease in the month of June.

I’m super excited to be a part of this year’s Summer of Zombie Blog Tour!

Today I would like to welcome Timothy Baker and his novel Path of the Dead to Sweet Southern Home.

Nestled on the foot of Tibet’s sacred Seche La Mountain is the village of Dagzê. The normally quiet streets are bustling with the steady stream of arrivals and preparations for the coming Festival of the Medicine King; a time of celebration, healing, and renewal. But a shadow is sweeping the world, a plague of apocalyptic proportions—the dead are rising and devouring the living, and no place is safe where humanity thrives.

As Dagzê burns, overtaken by the hungry undead, five people come together: Lama Tenzin, an elder monk; Gu-lang, the silent warrior nun and Tenzin’s protector; Cheung, a private in The People’s Army, driver and escort of the Lama; ten-year-old Chodren Dawa, witness to his sister’s death and rising; and Dorje Cetan, a Shaolin-trained hermit monk of Seche La and a dreamer of a dark portent. Together they must fight their way out of Dagzê to an abandoned Buddhist hermitage clinging to the mist-shrouded cliffs of Seche La.

With the undead following and gathering at Eagle’s Nest gate, they barricade themselves inside their dead-end haven, and are soon forced to battle the beasts without, as well as the ones within.

One of the most memorable scenes from a zombie film, and one of the most telling, is out of Shaun of the Dead. The apocalypse of the undead is in high gear, the streets populated by zombies, walking where they once walked alive. Our protagonist is oblivious to it all, stepping out his door on a hangover morning, walking to the corner store for a cold drink and a Nutter Butter cone. There and back, he walks, head down, unaware of the smashed car windows, the body in the bushes, and the walking dead shuffling on sidewalks and in the streets. One he even mistakes for a panhandler, brushing him off with an I’m broke line. He makes it home unscathed and still unaware, plops on the couch, pops open his drink, and turns on the television. It makes me question his obliviousness. It could be that he just doesn’t care. That is, not until they’re clawing at this door.

Zombies are everywhere. Not a news flash, right? They’re almost ubiquitous. You can’t turn around without their rancid breath in your face. We’re getting pretty used to them, though, and only pay attention when their particularly mangled or doing something goofy like trying to play a trombone or when they’re eating someone’s fake boobs off. But we love them little flesh eating scamps like we love kittens. We’ve made zombies the biggest, most famous monsters in the history of horror.

And as horror writers that delve into the zombie genre, we are set to the difficult task of keeping it fresh and interesting. It’s not easy. For one thing, zombies are generally boring as characters. Frankenstein’s monster had more personality than a corral of zombies. Bub from Romero’s Day of the Dead was a fracking zombie genius, somehow learning to control his hunger for fleshy humans. Now that’s interesting. But how many of those are you going to come across in the land of the dead?

So in general, a writer can’t use a zombie as a character. They are what they are, singular in their hunger, a monster too big to see whole. They become a condition of the world, a natural event–albeit a gruesome, horrific one–no different from the events in disaster stories like Earthquake and Deep Impact. We have to turn to the survivors for our drama, and that’s what readers really love, the hook that keeps them voluntarily locked in that nightmare world.

Shaun of the Dead is a parody, of course, but it stays true to what came before it: this western perspective of the undead event, an urban world-view of our existence, tainted and cynicized by a media-monster onslaught of violence–it’s at your door–a time in which no one can be trusted, and everyone is on an existential journey of survival of the fittest.

Now this brings me to my debut novel, Path of the Dead (Hungry Ghosts). (See? I finally got to the point, my hidden agenda revealed. Here comes the pitch…) When I warily approached the idea of writing a zompoc novel, it had to be different or it wasn’t happen’n. I began to wonder how rural survivors would view and react to the worldwide disaster, with a culture steeped in a religion of myths and gods and demons and the living spirits of rock, tree, and animal. Would they act so different from us, the western urbanite? What would be the implications for them? Would they be aborigines? An Amazon River jungle tribe? Eskimos? Naaawww. Tibet? TIBET–top of the world, modern and rural, the culture of Maoism and Tibetan Buddhism in clash. Now that would be interesting and different.

Take that world, a place on the opposite of the globe, and throw a good old Romero zombie plague upon it, complete with gnashing teeth, horrific dismemberment, headshots, and zombie gorging. Then add the unexpected spice of a skeptical Chinese soldier; a mute warrior nun, with a flashing, boomerang blade; a young boy in shock after witnessing the death and rising of his sister; and a Shaolin trained monk whose yearning for a lost love stands in the way of his search for Nirvana.
Path of the Dead is a flat out battle with chaos, a tale of survival, and a spiritual journey that promises possible transcendence, or eternal walking death. 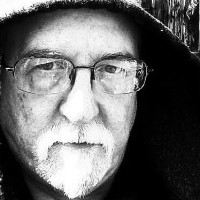 Timothy Baker is a retired firefighter and an aspiring, perspiring, horror writer.  Here to rant on random subjects and the art and pains of writing.  He is published in Fading Light: Anthology of the Monstrous, published by Angelic Knight Press and edited by Tim Marquitz. Tim also received a commendation in the Australian Horror Writer’s Association 2009 Short Story Competition.

Stop by the event page on Facebook so you don’t miss an interview, guest post or teaser… and pick up some great swag as well! Giveaways galore from most of the authors as well as interaction with them! #SummerZombie