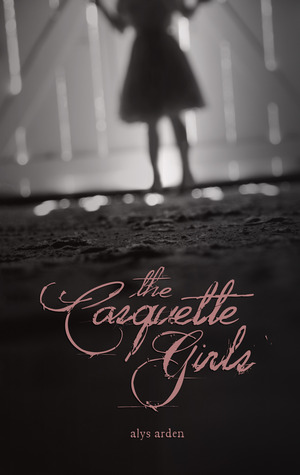 After the Storm of the Century rips apart New Orleans, Adele Le Moyne and her father are among the first to return to the city following the mandatory evacuation. Adele wants nothing more than for life to return to normal, but with the silent city resembling a mold-infested war zone, a parish-wide curfew, and mysterious new faces lurking in the abandoned French Quarter, normal will have to be redefined.

Events too unnatural – even for New Orleans – lead Adele to an attic that has been sealed for three hundred years, and the chaos she unleashes threatens not only her life but everyone she knows. Mother Nature couldn’t drain the joie de vivre from the Big Easy, but someone or something is draining life from its residents.

Caught suddenly in a hurricane of eighteenth-century myths and monsters, Adele must quickly untangle a web of magic that links the climbing murder rate back to her own ancestors. But who can you trust in a city where everyone has a secret, and where keeping them can be a matter of life and death – unless, that is, you’re immortal.

MY THOUGHTS: 1 OUT OF 5 FLEURS DE LIS/DID NOT FINISH

The Casquette Girls by Alys Arden

If I had one word to describe this book, that word would be slow. SLOOOOWWWW. I am from Louisiana and was looking forward to reading a book about the aftermath of a hurricane (Katrina, but not named as such in this novel). Unfortunately, more than halfway through I had to quit reading because not much resembling plot development was happening, and what little there was didn’t make me happy.

Adele is coming back to New Orleans after “The Big Storm” destroyed the city and forced the majority of its citizens to evacuate and never return. Adele and her father’s house was mostly spared, but the rest of NOLA is in horrible shape and no one knows when or if help is coming. The streets are deserted and dark, and dead bodies that seem to be unrelated to the storm are popping up.

As our main character tries to return to some semblance of a normal life with work and school, several issues come up that just won’t let her be normal. She discovers she has a strange power she doesn’t understand at all, and that it can be traced back generations. Adele also becomes the focus of three young men’s lives and is having a hard time figuring out which of them is sincere.

In the midst of all this, vampire rumors start making their rounds in the French Quarter. Adele must find out the truth about her secret powers and how they tie into the vampire stories haunting the city.

At first, I really liked the heroine of the story. Adele is excited to come back to the city she loves so much and start rebuilding, even when problems keep plaguing her and her father. But as soon as the sexy guys show up in her life, it seemed to me like all her reasoning went out the window. This book does not have any insta-love, thankfully, but I do so hate when one girl is instantly adored by every guy she comes in contact with.

So, in addition to the New Orleans post storm plot, I was excited to read this novel because I was told there would be vampires. I got to more than halfway done with this book, and the first vampire had yet to make an appearance. There were, inexplicably, pirates though.(??)

I didn’t really hate the way the book flashed back and forth between the present day and Adele’s ancestor’s diary, but I thought it was a bit clunky and didn’t quite tie together the way to could have.

I’m disappointed that I couldn’t finish this book, but really, if the author hasn’t gotten to things mentioned in the synopsis by the halfway point, that is taking way too long. I just wasn’t interested enough to see how things ended.

Similarly to the way fortheARTofit was created out of a necessity to explore the world of digital media with more anonymity, Alys Arden was born in early 2012 as part of a New Years resolution and quickly became far more than an alias. It became an alter-ego, pushing her creative capabilities, exploring identity and diving into the transformed publishing landscape. What started out to be a few writing exercises turned into her debut novel called The Casquette Girls.

Posted on June 28, 2014, in books, reading, review. Bookmark the permalink. Leave a comment.