REVIEW: Before I Wake by C.L. Taylor 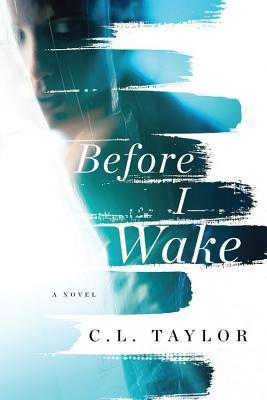 To the outside world Susan Jackson has it all – a loving family, a successful politician husband and a beautiful home – but when Charlotte, her fifteen year old daughter, deliberately steps in front of a bus and ends up in a coma Sue questions whether any of it was real.

Desperate to find out what caused Charlotte’s suicide attempt, she is horrified by an entry in her diary – ‘Keeping this secret is killing me’. As Sue spins in desperate circles, she risks everything to discover the truth and finds herself immersed in a shady world she didn’t know existed. The deeper she delves the darker the world becomes and the more danger she puts herself in.

Can Sue wake up from the nightmares that haunt her and save her daughter, or will ‘the secret’ destroy them both?

Before I Wake by C.L. Taylor

This is yet another story that has been novelized from WattPad, and I have yet to read one of these that has been spectacular and truly deserving of the exposure it is getting.

Sue Jackson is a woman who has escaped a horrific, abusive past to seemingly have it all with her new husband and family. But Sue is still haunted by what happened to her more than twenty years ago, and when her daughter Charlotte is in a long term coma because of a bus accident, Sue’s ever paranoid mind begins to think maybe it wasn’t such an accident after all.

The novel goes back and forth between present day and Sue’s past, where she was in a relationship with a man who physically and mentally abused her and kept her captive. It’s not clear at all how these two worlds are connected until the very end of the book, but the diary chapters give some insight onto just how and why Sue came to be as screwed up as she is.

Sue did have some absolutely unimaginable things happen to her, and it’s understandable that she would have PTSD even after so many years. But it’s clear that she has never exactly been stable in her life, and probably because of this is exactly why her daughter was keeping so many secrets from her. It’s hard enough for a teenage girl to open up to her mother–much less one who seems to be crazy.

The things Sue does to find out the truth about what Charlotte was hiding are a little ridiculous. It is also the height of irony that Sue has so little trust in her husband, when she is actually the one who is not divulging everything to him.

By the end of the book, you are ready for something big to happen, and while I wasn’t necessarily let down, I did think things happened very quickly. The end also seemed to wrap up too quickly with so very many unanswered questions.

If you are a fan of thrillers that make you feel like someone is watching you, give his book a try…just don’t say I didn’t warn you about the book having an incomplete ending.

C.L. Taylor lives in Bristol with her partner and young son. She started writing fiction in 2005 and her short stories have won several awards and been published by a variety of literary and women’s magazines. Cally works in Higher Education and has a degree in Psychology, with particular interest in abnormal and criminal Psychology. She also loves knitting, Dr Who, Sherlock, Great British Bake Off and Margaret Atwood and blames Roald Dahl’s Tales of the Unexpected for her love of a dark tale.

Her dark psychological thriller THE ACCIDENT was published in the UK by Avon HarperCollins in April 2014 and as BEFORE I WAKE in the US in June 2014 by Sourcebooks.

Her second psychological thriller LAST GIRL STANDING will be published in June 2015.

Her international bestselling romantic comedies (written as Cally Taylor), HEAVEN CAN WAIT and HOME FOR CHRISTMAS were both published by Orion in the UK. They have been translated into 14 different languages, and her debut was voted ‘Debut Novel of the Year’ by chicklitreviews.com and chicklitclub.com.