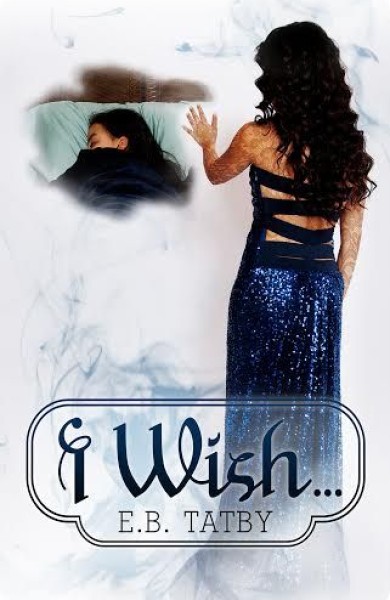 All her life, sixteen-year-old Kenza Atlas has heard the stories, but she never believed them. She never expected the allure of power or, worse, how far the dark shadows could cast. Genies and wishing are for fairy tales, not teenage girls, and especially not in Omaha.

But when a Moroccan jinn with undulating tattoos and mysterious black eyes whisks her 500 years back in time, she witnesses the death of her powerful ancestor and the gorgeous slave she loved. They sacrificed themselves to escape the Caliph, a tyrant named Mazin.

And now he’s after Kenza.

He’s tracked her to her present time. Now she spends her days stealing paranoid glances over her shoulder, obsessing over a slave who died hundreds of years ago, and praying her family will survive.

This is one of the few books I have read that have Jinn (genies) as the main supernatural character.  While I appreciate novelty in the YA world, I’m not sure I will ever love Jinn as a creature.

Kenza has a Moroccan heritage, and as such, her father has been telling her tales of Jinn and evil in her family generations back.  But Kenza was unprepared for the fact that all of the stories her dad told her were actually true…which she realizes when a Jinn shows up in her bedroom and transports her to the past.  Kenza learns that she shares a body with a powerful relative whose past will intertwine with Kenza’s present in a potentially dangerous way.

Kenza is a teenager, and while she’s not particularly rebellious, her parents are quite strict.  Perhaps this stems from her father’s upbringing in a place other than America, but it makes it somewhat difficult for Kenza to fit in.  She’s even bullied at school.  So I don’t blame her when she jumps at the chance to get away from her parents and her terrible school life.

While the Jinn action starts almost immediately, it still takes quite a while for the book to get rolling.  Kenza goes back and forth through time, but doesn’t actually question the fact of Jinn being real as much as I feel a normal person would.  It also took me a little time to get used to the idea of a Jinn being a part of another person’s body.

The romance can kind of seem like a case of insta-love, but it’s hard to say that it is really–Kenza shares her Jinn ancestor’s thoughts and memories, so while it seems Kenza is falling for Amal when she’s barely seen him, maybe it’s just because of feelings she’s getting from the past.

I can tell this is the author’s first book; the conversations are sometimes stilted and the writing doesn’t flow as easily as it should.  Still, I appreciate a new idea in fiction, and I think if the author puts more work into writing this series could gain a lot of fans.

E.B. Tatby was born and raised in Sioux City, Iowa. She is living her life-long dream of being an Author and is passionate about inspiring others (especially teens) to follow their dreams. Above all, she wants to remind them of the power to wish.

I Wish, a YA story, is her first published novel. She is currently working on a sequel.