The Forbidden Doors Series, Book One

Fifteen-year-old Piper Crenshaw knows her house is strange. It’s never needed repairs since it was built in the 1800s, and the lights flicker in response to things she says. As if those things aren’t creepy enough, it’s also the place where her mother committed murder.

To prove she’s not afraid of where she lives, Piper opens a forbidden door, which hides a staircase that leads to the ceiling. That’s when the flashbacks of the original residents from 1875 start, including a love affair between two young servants. Each vision pulls Piper deeper into not only their story, but also her house. Piper confides in her best friend, Todd, whom she’s gradually falling for, but even he doesn’t believe her. At least, not until her house gets axed during a prank, and the act injures Piper instead, cutting a gash the size of Texas into her stomach.

Piper realizes her house isn’t haunted—it’s alive. To sever her link to it, she must unravel the clues in the flashbacks and uncover the truth about her mother’s crime, before she becomes part of her house for good.

Cortney Pearson on Music in Phobic

I’ve played the clarinet for 18 years, and I’ve always wanted to write a character with the same trait because it’s been such a huge part of my life for so long.
Piper plays the clarinet in PHOBIC and music for her provides an escape from the horrible life she’s had. Her mom’s in prison for murder, her dad pretty much ignored her after that (except for the times when he gave all these crazypants rules about places she wasn’t allowed to go IN HER OWN HOUSE), and then he died. Not to mention she’s hoping to win a scholarship that will provide a way to get her out of her creepy house for a while.

But it’s not just Piper. Who here doesn’t love music? *checks for any raised hands*
I don’t know about you, but not only do I love to play music I’ve constantly got music playing. While I work, while I clean, while I write, while I drive.

And this is something I’ve thought about, what my personal theme song would be. It’s so hard to choose just one! I know on the day I announced I’d be publishing PHOBIC it was this song:
BEST DAY OF MY LIFE—Glee Cast

But music definitely needs to fit our moods, our current situations.
What about you? If you had to choose, what would your personal theme song be? 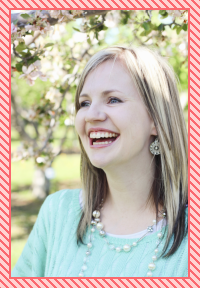 Cortney Pearson is a book nerd who studied literature at BYU-Idaho, a music nerd who plays clarinet in her local community orchestra, and a writing nerd who creates stories for young adults. She lives with her husband and three sons in a small Idaho farm town.