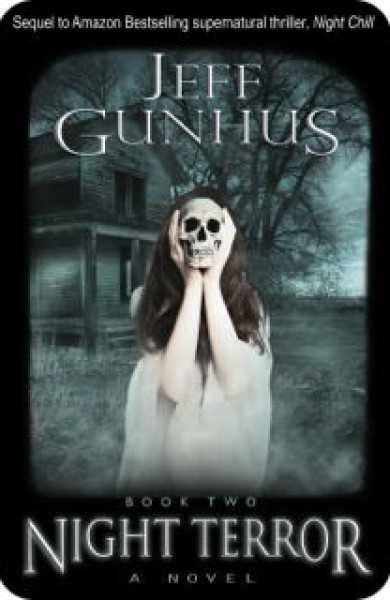 Ten years after her abduction and near-sacrifice to the Source, Sarah Tremont struggles to be a normal teenager. As much as she’s tried to suppress the power inside of her, it’s grown dangerously strong and has drawn the attention of those who want to possess her power for themselves.

The nightmare that she thought was long over starts again as powerful forces descend upon Prescott City to seek her out. With her parents and Joseph Lonetree’s help, Sarah must stand up to an evil much more powerful than the one she faced in the caves a decade earlier. But in the end, she discovers the greatest danger might come from the power living inside of her.

First Chapter:
Charlie Winters didn’t scream. Not because the pain had stopped, because it hadn’t. Every nerve in his body was still on fire, bursting with electric signals to his brain that the bag of meat, sinew, and bone that was supposed to protect it was being systematically destroyed. Pound by pound, his flesh was eaten. Ounce by ounce, his blood was guzzled down.
His screams stopped only because his vocal cords were raw and bloody and had ceased to function. None of the dozen or so attackers had bothered to silence him when they started the feast, and Charlie had screamed and screamed until he could do so no more.
Even with his throat filled with blood, he still tried to cry out, expelling a spray of red mist. The men feasting near his head enjoyed this and breathed in the vapors of his bloody exhalation. One of the men’s thick fingers dug into Charlie’s left eye socket and scooped out his eyeball, giving a quick yank to pop it loose from the strand of nerves attached to it. Charlie felt another man put his lips around the empty socket and suck hard at the juices inside his head. Nails clawed at and then ripped off the small pad of meat on his cheek, a delicacy on ten-year-old boys as much as it was on suckling pigs.
Charlie closed his eyes and begged for death.
An hour earlier he had been a regular boy, just like anyone else.
But then again, he knew that wasn’t really true. He’d never been like anyone else. And now it had finally cost him.

Jeff Gunhus is the author of both adult thrillers and the Middle Grade/YA series, The Templar Chronicles. The first book, Jack Templar Monster Hunter, was written in an effort to get his reluctant reader eleven-year old son excited about reading. It worked and a new series was born. His book Reaching Your Reluctant Reader has helped hundreds of parents create avid readers. As a father of five, he and his wife lead an active lifestyle simply trying to keep up with their kids. In rare moments of quiet, he can be found in the back of the City Dock Cafe in Annapolis working on his next novel.

His latest book is the thriller/horror novel, Night Terror.

Night Terror is available at Amazon.