← Understand your cycles to get pregnant
REVIEW: Makeup by One Direction Kit #makeupby1D →

INTERVIEW & SPOTLIGHT: Catch Us if You Can by Marc Feinstein

Catch us if You Can

YA Coming of Age 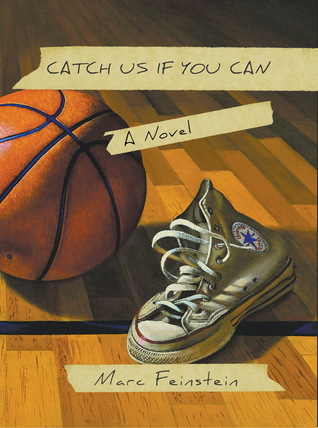 A small town, a family, a tragedy and the saving power of Rock & Roll…
It is 1967. Gene Gennaro is sailing through his freshman year in Oldbrook, blown along by the steady prevailing innocent winds of the time—sports, girls and Rock & Roll. On the Ides of March, a tragedy thrusts him into a new world forever rocked by that fateful day.

The next three frenetic years of high school are a lifeline for Gene as unbreakable as the fidelity of his friendships with five basketball teammates; most of all Reuben, his best friend since before kindergarten, whose lifeline at times turns into the rope for a tug-of-war between fate and will, testing their classically loyal friendship.
CATCH US IF YOU CAN is a coming-of-age tale of small town but urban youth growing up in the late 1960’s trying to untangle the answer to life’s tragedies as well as answer Bruce Springsteen’s haunting question: Is a dream a lie if it don’t come true or is it something worse?

1.  Tell us a little about yourself.

Okay, just a peek, but it’s an inner glimpse that I don’t often share. Took the steady, expected path of the more staid strivers (college, law degree, career, wife and 2 boys). Mysteriously to most (and some would say, foolishly), I abruptly shifted direction into this writing project while always trying to stay true to myself. Aware that writing legal thrillers or suspense would likely gain me easier admission into the traditional publishing industry, and cognizant of those questioning why I would leave a rewarding legal career to write fiction, I couldn’t help but do and write what I wanted to rather than what “they” wanted me to.

2.  What made you want to become a writer?

Not an easy one to describe—maybe it will come out in some future piece. I’ve always respected storytelling that resonates and sticks with you in a meaningful way—whether it be through songs, poems, or stories. Lacking the musical chops for song-writing, it was the writing of novels or screenplays that I knew I would one day try to tackle.

3.  Who or what gives you inspiration?

Following up on my prior response, anything that stays with you in a meaningful way. My wife. My sons. Some movies and well-written dramatic television. Great books. My imagination.

My book is a lot of things—different things to different people. And it was designed to be that. I’ve spent a lot of time trying to synthesize it for agents, publishers and marketers—not an easy task. Everyone seems to want a pitch or tagline that encapsulates what took more than 400 pages to write. If it was that easy to do, trust me, I wouldn’t have put in the years.

So, I’ll steal some of what’s already been created to talk about the novel: As a coming-of-age tale, it is about loss—of life, of innocence, of dreams. Set in the late Sixties, it is an homage to a unique time—historically and culturally. Portraying the ardors of youth, it sends out a high school basketball team as a search party to answer Springsteen’s haunting question: Is a dream a lie if it don’t come true or is it something worse? The rest can be gotten from the book synopsis on the cover, at the booksellers, and on my website: http://www.marcfeinstein.com.

5.  What’s the hardest part of being a writer?

I hate to be modest or sound trite, but I don’t yet consider myself a writer. I don’t know why, but I have trouble saying it when asked what I do. I’ve written my first novel and learned a great deal from the experience—about the craft and about myself. The writing and the learning was enjoyable. But I don’t think I will call myself a writer until I’ve reached my audience. So, to me, the difficult part is getting the book out there. Far and away, the hardest part is the business end of things.

6.  What do you need around you to write (special drink, lucky items, etc)?

Nothing superstitious or even comforting out of habit. Mostly what I need is the environment and resources to transport me into the world I am writing about. In the instance of Catch Us If You Can, music from the era had an uncanny ability to take me back and feel—not just remember or imagine, but truly feel—what it felt like. Of course, as with anything to do with the brain, your mind sometimes plays tricks on you, so that it is difficult to separate real from imaginary when you start to inhabit the world you’re writing about.

7.  What are some of your favorite books?

Perhaps stemming from my competitive side, I’ve always made lists for fun (sometimes just mentally, other times committed to writing) of top 10’s—music, movies, TV shows, even vacations. Curiously, I’ve never done it for books. But I can say, without reservation, that there are lots of novels that have, for myriad reasons, stayed with me (among them, but in no particular order):
Samaritan—Richard Price
American Pastoral—Philip Roth
A Prayer for Owen Meany—John Irving
A Separate Peace—John Knowles
Brewster—Mark Slouka

8.  Are your characters based on anyone you know?

To the extent that I know myself (or have learned things about myself in the writing process), all my characters have some part of me in them. Of course, some more so than others. From a physical feature standpoint, even character traits or personalities, it is of obvious benefit to see what you’re trying to describe; so, it’s easy to pattern someone’s looks and quirks off of someone you know, or a mix of people you know, so you can visualize.

I am sure this happens to authors of fiction all the time—a guessing game of who in real life is portrayed fictionally in the novel. There is a veritable secondary marketplace for literary criticism and even books devoted to such conjecture, so much so that I am sure there is an element of intentional guile on the part of some authors. Since, for Catch Us If You Can, I chose a subject matter (a high school basketball team in the late 1960’s) that in some ways paralleled my own high school experience, the natural tendency for those who grew up with me will understandably be such a guessing game. But let me go on record as saying I am not yet that crafty.

9.  What, if anything, are you working on right now?

I have already started work on 2 novels, yet unsure which one will take off first. One is a mystery surrounding the disappearance of a wife in an otherwise enviously happy family, whose teen children have to reconcile what happens when their father is the prime suspect in her murder. The other, a saga of a man permanently scarred by a lost high school romance, whose unmoored life through five decades and across the country, shockingly takes root when an unknown daughter shows up.

It’s a question that, astonishingly, I have yet to have been asked; and now that I have, I think I have to admit that it’s not the writing that I love, as much as it is the storytelling. Writing is a craft that I believe is always being honed, that is solitary and lonely and takes a lot of discipline and work and a thick skin—not necessarily something to fall in love with. The ideal of a writing life, of inhabiting an imagined world that you create for whatever period of time it takes to complete, and that takes you—the author—along for the ride, and that hopefully connects you with an appreciative audience, well, that’s what my Italian friends call amore.

Born in the Bronx and raised in Ridgefield, New Jersey, Marc Feinstein is a child of the 60’s unbound with stories to tell.
Feinstein is a graduate from the University of Pennsylvania where he received his Bachelor’s in Economics. He went on to law school at the Mc George School of Law at University of the Pacific and then began long career in law as a Litigation Attorney and Mediator.
He spent over 30 years of his life in Orange County, California with his wife and two children and now retired resides in Maui with his wife.
He is an avid basketball enthusiast –from playing it, to coaching it, to the study of its history and evolution as a game.
Feinstein is having the time of his life writing and creating stories that connect and resonate with a broad audience and hopes to one day crossover his books to film.

← Understand your cycles to get pregnant
REVIEW: Makeup by One Direction Kit #makeupby1D →