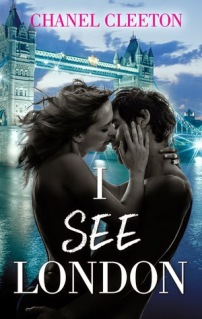 Maggie Carpenter is ready for a change— and to leave her ordinary life in South Carolina behind. But when she accepts a scholarship to the International School in London, a university attended by the privileged offspring of diplomats and world leaders, Maggie might get more than she bargained for.

When Maggie meets Hugh, a twentysomething British guy, she finds herself living the life she always wanted. Suddenly she’s riding around the city in a Ferrari, wearing borrowed designer clothes and going to the hottest clubs. The only problem? Another guy, the one she can’t seem to keep her hands off of.

Half French, half Lebanese, and ridiculously wealthy, Samir Khouri has made it clear he doesn’t do relationships. He’s the opposite of everything Maggie thought she wanted…and he’s everything she can’t resist. Torn between her dream guy and the boy haunting her dreams, Maggie has to fight for her own happy ending. In a city like London, you never know where you stand, and everything can change in the blink of an eye.

Read an excerpt from I SEE LONDON 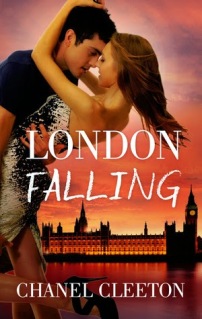 We weren’t a relationship, we were a ticking time bomb…

Maggie Carpenter walked away from the hottest encounter of her life when she left the seductive glitz of England for summer break in her South Carolina hometown. Now that she’s returned to the International School in London—and sexy, privileged Samir Khouri is once again close enough to touch—she can’t help but remember the attraction, the drama … the heartbreak.

She can’t help but want him even more.

Samir can’t afford to fall for someone so far removed from his world, not when his time in London is running out. It’s his senior year—his last chance at freedom before he returns home to Lebanon. There, he’ll be expected to follow in his father’s footsteps—not follow his heart to Maggie. But when a scorching secret hookup becomes a temptation neither can resist, they’ll both have to fight to survive the consequences … and find a future together.

Read an excerpt from LONDON FALLING 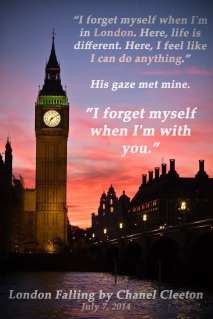 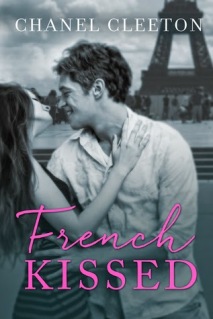 On the surface, Fleur Marceaux has it all. If only the facade matched reality. With one year left at the International School in London, Fleur’s struggling to graduate, her love life is a mess, and she can’t stop thinking about Max, her ex-boyfriend’s best friend. But all that pales compared to the blackmailer determined to destroy her.

There’s a social hierarchy at the International School and Max Tucker is outside the velvet ropes. After watching Fleur break his friend’s heart, Max knows to stay away from trouble, despite the crush he’s had on her since freshman year. But when they’re partnered on a project, Max learns there’s more to Fleur than meets the eye, and she just might be worth the wild ride.

The more time they spend together, the further Max falls. And when a kiss awakens a passion Fleur never imagined, she’s unable to resist Max, who she had thought was all wrong for her but might be the only thing that’s right. But will he stand by her when her secrets are revealed?

Read an excerpt from FRENCH KISSED

Originally a Florida girl, CHANEL CLEETON moved to London where she received a bachelor’s degree from Richmond, The American International University in London and a master’s degree from the London School of Economics and Political Science. Chanel fell in love with London and planned to stay there forever, until fate intervened on a Caribbean cruise and a fighter pilot with smooth dance moves swept her off her feet. Now, a happily ever after later, Chanel is living her next adventure in Asia.

Law school made Chanel realize she’d rather spend her days writing sexy stories than in a courtroom, and she hasn’t looked back since. An avid reader and hopeless romantic, she’s happiest curled up with a book. She has a weakness for handbags, her three pups, and her fighter pilot husband.

She is the author of I SEE LONDON and LONDON FALLING, published by Harlequin HQN, FRENCH KISSED, and FLIRTING WITH SCANDAL, the first book in a new three-book series to be released by Penguin/Intermix in 2015.

You could win an Amazon gift card!