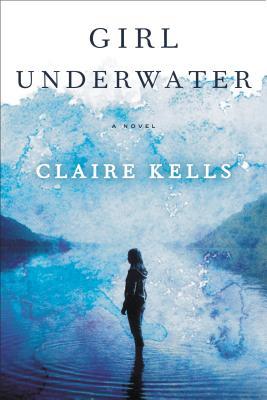 Nineteen-year-old Avery Delacorte loves the water. Growing up in Brookline, Massachusetts, she took swim lessons at her community pool and captained the local team; in high school, she raced across bays and sprawling North American lakes. Now a sophomore on her university’s nationally ranked team, she struggles under the weight of new expectations but life is otherwise pretty good. Perfect, really.

That all changes when Avery’s red-eye home for Thanksgiving makes a ditch landing in a mountain lake in the Colorado Rockies. She is one of only five survivors, which includes three little boys and Colin Shea, who happens to be her teammate. Colin is also the only person in Avery’s college life who challenged her to swim her own events, to be her own person—something she refused to do. Instead she’s avoided him since the first day of freshman year. But now, faced with sub-zero temperatures, minimal supplies, and the dangers of a forbidding nowhere, Avery and Colin must rely on each other in ways they never could’ve imagined.

In the wilderness, the concept of survival is clear-cut. Simple. In the real world, it’s anything but.

This book caught my interest because of the disaster survival aspect of it, but there is so much more than that going on. Avery is a college swimmer going home for her Thanksgiving break, when her plane goes down in the Rockies. She, along with three young boys and a teammate, Colin, are the only survivors. They have to scrape together what they can of the wreckage to keep themselves alive through days of blizzards.

Colin and Avery knew each other before the crash, of course, but going through something so traumatic together has altered their relationship in ways neither of them really understand. Avery, who already has a boyfriend, is too busy dealing with her PTSD and the loss of her swimming career to think about Colin–much. But circumstances keep bringing them back together even months after the rescue, and they will have to face what happened in the mountains and their true feelings for each other.

Like I said, I wanted to read this book because of the idea of such young people not only surviving a plane crash, but everything else that comes their way after. But, within the first couple of chapters of the book, you learn that all five of them have been rescued and lived through their ordeal, so that definitely takes away some of the thrill while you are reading the chapters that take place after the crash.

Avery is a bit hard to pin down as a character; sometimes she is quiet and reserved, while at other times she makes her opinions well known. She is always trying, but really not quite fitting in wherever she is. Unfortunately it took something like a plane crash and months of therapy to help her learn to be herself.

The romance between Colin and Avery felt sort of rushed to me, as the scenes on the mountain were not really great in relaying their emotions. I do appreciate the fact that the three kids were there for Avery and Colin to worry about, which makes the book not just a couple trapped together and falling in love sort of thing.

I thought the author did a great job in portraying PTSD, as signs can show up at so many times and in so many ways. Avery, like others suffering, insists she does not need help, but is forced into it to the betterment of her psyche.

The ending was a little too nicely wrapped up for such a messy (not in a bad way) novel, in my opinion. But overall the story is worth a read, and definitely different from most of the new adult offerings out now. 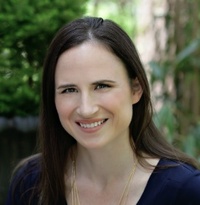 Claire Kells was born and raised outside Philadelphia. She received a degree in English from Princeton University and a medical degree from the University of California. She lives and works in the Bay Area. This is her first novel. @KathKells | http://clairekells.com

Posted on March 31, 2015, in books, reading, review. Bookmark the permalink. Leave a comment.