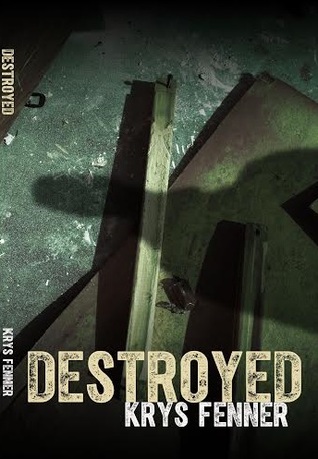 Bella has lived a rather boring life, but that all quickly changes. A new position in school forces her to take charge. A new boyfriend (her first), Jeremiah, hands her a confidence she has never known before. A new role in her church’s Fall Production makes her a leader. But that all gets destroyed when an attack by her father’s enemy turns her into the center of attention. Bella believes things couldn’t get worse, but they do. Can she survive the road of destruction and emerge stronger? Or has all that she gained been destroyed forever?

There are two ways to use psychology in writing. One gets very technical, while the other is more descriptive and action-oriented. There are two questions I would ask. Whose perspective is the story being told? And who is your audience? Once those are answered, then you’ll know how much terminology should be included in the manuscript.

Theoretically a work of non-fiction directed at a psychology student, psychologists, psychiatrist, or any counselor will be filled with more terminology than say a work of fiction intended for a young adult (12-18), new adult (18-25), or adult (25+) audience. Pieces of fiction are more likely to be action-based than using terminology. However, this again depends on the point of view character and your audience.

If the novel is written from the perspective of a counselor, psychologist, psychiatrist then the use of technical terms is highly probable. But if the book is written from a character suffering a particular psychosis, the character isn’t going to think “I have an adjustment disorder with a depressed mood.” Instead, actions and words of that character will display the psychological issue. If I was an author writing this character, then I would take into consideration how to demonstrate their problem.

Let’s say Jane has just gotten divorced. To describe an adjustment disorder with depression, I would reference her problems sleeping or lack of appetite. I would write about Jane’s refusal to spend time with friends. Or how she misses time from work. I could show her crying a lot or getting frequent headaches. All of these things would be symptoms of the psychological issue without verbally giving it a name. So, what if the point of view were changed?

With all that is going on, Jane recognizes she has a problem and decides to go see a psychologist. The doctor Jane chooses consults with another psychologist in their practice. We’ll call Jane’s psychologist, Dr. Tracy. If I were writing the scene from Dr. Tracy’s point of view, then I am more likely going to use technical terms, especially if she is speaking to a colleague. However, as a writer I will take into consideration my audience. Who am I writing the story for? Do I expect people who read the novel to understand these terms? If not, I have two options: define the terms in the book or dumb the terminology down.

It isn’t hard to write a book using psychological issues without technological terms. You just have to know who your audience is and whose perspective the story should be told from. The difficulty is in making sure the actions and feelings the character displays are accurate and appropriate for the situation. If you can do that successfully, the terminology won’t matter; the story will.

At the age of 16, Krys Fenner fell in love with Psychology and Creative Writing. At that time she wrote her first short story dealing with sexual abuse and forgiveness. Psychological issues in her family filled her with the desire to help others using her own experiences. So in 2004, she earned an Associate of Arts in Psychology. And while her sister is the one with dreams of becoming a Psychologist, Krys Fenner returned to Creative Writing. She is currently working on a Bachelor of Arts and plans to continue on to a Masters degree, where she can major in her first love (Creative Writing)  and minor in her second (Psychology).