REVIEW: If I Fall, If I Die by Michael Christie 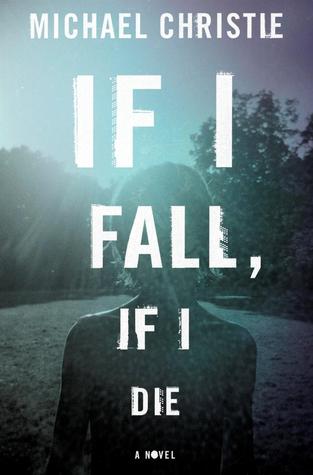 Will has never been to the outside, at least not since he can remember. And he has certainly never gotten to know anyone other than his mother, a fiercely loving yet wildly eccentric agoraphobe who drowns in panic at the thought of opening the front door. Their little world comprises only the rooms in their home, each named for various exotic locales and filled with Will’s art projects.

Soon the confines of his world close in on Will. Despite his mother’s protestations, Will ventures outside clad in a protective helmet and braces himself for danger. He eventually meets and befriends Jonah, a quiet boy who introduces Will to skateboarding. Will welcomes his new world with enthusiasm, his fears fading and his body hardening with each new bump, scrape, and fall. But life quickly gets complicated. When a local boy goes missing, Will and Jonah want to uncover what happened. They embark on an extraordinary adventure that pulls Will far from the confines of his closed-off world and into the throes of early adulthood and the dangers that everyday life offers.

If I Fall, if I Die is a remarkable debut full of dazzling prose, unforgettable characters, and a poignant and heartfelt depiction of coming of age.

If I Fall, If I Die by Michael Christie
It’s hard to become a normal teenage boy when you’re sequestered in your own home because of your mother’s extreme agoraphobia. Will knows something isn’t right with the way he lives, but it takes venturing outside for him to realize just what he’s missing–and that the world is so much more complicated than he could have imagined.

I am not sure if I would describe this as a coming of age story, per se, though Will does go through an enormous amount of growth. Part of it is due to puberty, and part of it is due to finally being able to explore the town around him and meet other people besides his mother. Will is sublimely innocent in many ways, and it’s heartbreaking to watch him fall and get disappointed, but you also know it has to happen in order for him not to end up like his mother.

The agoraphobia/boy venturing out storyline would have been plenty enough for me, but around the 60 percent mark there are other elements and characters that come into play that I really could have done without. Yes, some history and background on main characters is important, but in my opinion the author often went off on tangents exploring events that didn’t really matter in the end.

Once I committed myself to reading I got through it quickly, but ultimately I was left unsatisfied by the ending. A lot of questions were left unanswered, and not in a way that the reader can divine the answer for themselves. I liked Will and enjoyed seeing him blossom, but the rest of the story dragged me down.

MICHAEL CHRISTIE’s debut book of fiction, The Beggar’s Garden, was longlisted for the Scotiabank Giller Prize, a finalist for the Writers’ Trust Prize for Fiction, and won the Vancouver Book Award. Prior to earning an MFA from the University of British Columbia, he was a sponsored skateboarder and travelled throughout the world skateboarding and writing for skateboard magazines. Born in Thunder Bay, he now lives on Galiano Island with his wife and two sons. If I Fall, If I Die is his first novel.

Posted on December 28, 2015, in books, reading, review. Bookmark the permalink. Leave a comment.