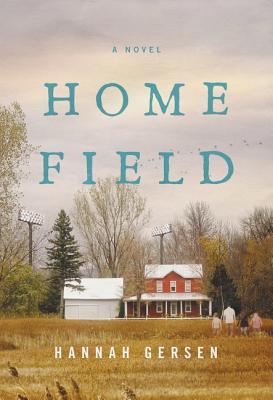 As the high school football coach in his small, rural Maryland town, Dean is a hero who reorganized the athletic program and brought the state championship to the community. When he married Nicole, the beloved town sweetheart, he seemed to have it all—until his troubled wife committed suicide. Now, everything Dean thought he knew is thrown off kilter as Nicole’s death forces him to re-evaluate all of his relationships, including those with his team and his three children.

Dean’s eleven-year old son, Robbie, is withdrawing at home and running away from school. Bry, who is only eight, is struggling to understand his mother’s untimely death and his place in the family. Eighteen-year-old Stephanie, a freshman at Swarthmore, is torn between her new identity as a rebellious and sophisticated college student, her responsibility towards her brothers, and reeling from missing her mother. As Dean struggles to continue to lead his team to victory in light of his overwhelming personal loss, he must fix his fractured family—and himself. When a new family emergency arises, Dean discovers that he’ll never view the world in the same way again.

I decided to read this book because of the comparisons to Friday Night Lights, a series my husband and I watched and loved. I guess what the synopsis writer meant was that it has some of the emotional core that FNL has, because there’s no football in the book. Yes, the main character was a coach, but that’s as far as it goes in this story. High emotion running throughout the novel is basically the main thing it has going for it.

Dean Renner is a high school football coach and suddenly single father of three after his wife commits suicide. His adopted stepdaughter Stephanie is starting college and struggling with the guilt that she should have saved her mother. Son Robbie is in middle school and beginning to delve into the angst that comes around this age, compounded by the loss of his mother. Youngest child Bryan is the peacekeeper and seems to unknowingly provide clarity to his family when they need it most.

I found this book to be pretty slow moving and I had to put some effort into finishing it. I would compare the story to that of a Lifetime TV movie. Yes, there are dark threads dealing with death and depression, but they are never really explored heavily and get somewhat glossed over rather quickly.

Dean appears to move on pretty quickly, starting a relationship with someone new just a few months after his wife’s death. We learn that not everything was great in their marriage, but this really didn’t do much to make me feel better about how long it took him to hook up with other women. I guess I felt that their thirteen year marriage and having kids together should have meant more to him. Or maybe he was reaching out and trying to find any connection. This could go either way and I guess it’s all in how the reader interprets it.

Stephanie, who had before her mother’s death been so excited at the prospect of leaving her tiny town and reputation as “the coach’s daughter” behind, suddenly feels alone and vulnerable when she gets to college. She acts out, taking drugs, drinking, and failing classes. In a lot of ways, she’s doing the same things as her father, which says a lot when a 40 something year old dad is acting the same as his 19 year old daughter.

There were several predictable moments for me, a lot of cliches hit: a stepchild telling her dad he is not her real dad, those left behind wondering about the existence of God, the family coming back together because of a crisis. All this made Home Field a “just OK” read for me. If cozy or family type novels are your thing, you’ll love this, it hits all the bases. But it wasn’t a standout for me. 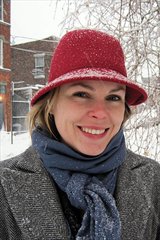 Hannah Gersen was born in Maine and grew up in western Maryland. She is a staff writer for The Millions, and her writing has been published in the New York Times, Granta, and The Southern Review, among others. Home Field is her first novel. She lives in Brooklyn with her family.

Posted on August 10, 2016, in Uncategorized. Bookmark the permalink. 1 Comment.