← SPOTLIGHT: The Last Thing She Ever Did by Gregg Olsen
Saving Money on Getting New Carpet →

REVIEW: Just Between Us by Rebecca Drake 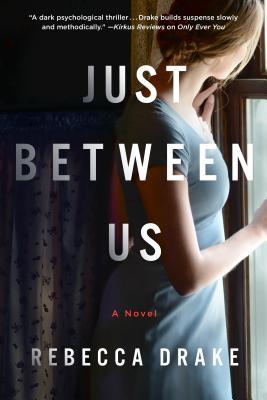 Alison, Julie, Sarah, Heather. Four friends living the suburban ideal. Their jobs are steady, their kids are healthy. They’re as beautiful as their houses. But each of them has a dirty little secret, and hidden behind the veneer of their perfect lives is a crime and a mystery that will consume them all.

Everything starts to unravel when Alison spots a nasty bruise on Heather’s wrist. She shares her suspicions with Julie and Sarah, compelling all three to investigate what looks like an increasingly violent marriage. As mysterious injuries and erratic behavior mount, Heather can no longer deny the abuse, but she refuses to leave her husband. Desperate to save her, Alison and the others dread the phone call telling them that she’s been killed. But when that call finally comes, it’s not Heather who’s dead. In a moment they’ll come to regret, the women must decide what lengths they’ll go to in order to help a friend.

Just Between Us is a thrilling glimpse into the underbelly of suburbia, where not all neighbors can be trusted, and even the closest friends keep dangerous secrets. You never really know what goes on in another person’s mind, or in their marriage.

Have you ever suspected something shady was going on behind the closed doors of your friends’ homes, but were afraid of asking for fear of hurting your friendship? Have you ever had to carry a deep, foreboding secret for your friends which changes you immensely?

In Just Between Us, a group of four women begin down a road from which they cannot travel back once they spot a bruise on one of the group’s wrists. Assuming Heather’s husband has been physically abusing her, the rest of the group, Julie, Sarah, and Alison, make no mistake of giving Heather their explicit advice and telling her they will be there if she needs them. And she does, for a night that they’ll regret forever.

The main issue I had with this novel is that it alternates points of view with each woman taking a turn to have her say…and I could barely tell the difference between the voice or personality of each woman. They all had kids and husbands too, although they were basically background players, and I can’t tell you any of their names even though I just finished the book a few hours ago. The friends have different careers, but these didn’t help me differentiate either.

It doesn’t take long before the suspense begins in this book. Even in the first chapter, as the friends are meeting for coffee, we see that one woman feels like she is the outsider, another thinks her friends are secretly talking about her when she’s not there. This is all pretty normal in female friend groups, and it’s interesting to see that the author included this aspect.

Jumping to conclusions is one thing every character in this book does very well. Without giving away too many important plot details, I will say that the reason almost all events are set into motion is that someone assumes something and rather than asking about it, takes matters into their own hands.

The first part of the book moved quite slowly and took me a while to get into. As I said before, the characters don’t seem to have their own unique voices and I couldn’t really connect with any of them. The action does pick up and there’s a lull while the characters are waiting and expecting their house of cards to fall down. Exposition picks up again towards the end, but by this point I had kind of already guessed the twist.

In the end, I have to say I like the way all of the events came together, even though it was kind of tragic. Just Between Us was not one of the best thriller novels I’ve ever read, but it kept me turning the pages.

Rebecca Drake is the author of the novels Don’t Be Afraid, The Next Killing, The Dead Place, which was an IMBA bestseller, and Only Ever You, as well as the short story “Loaded,” which was featured in Pittsburgh Noir. A graduate of Penn State University and former journalist, she is currently an instructor in Seton Hill University’s Writing Popular Fiction M.F.A. program. Rebecca lives in Pittsburgh, PA, with her husband and two children.

Posted on January 9, 2018, in books, reading, review. Bookmark the permalink. Leave a comment.

← SPOTLIGHT: The Last Thing She Ever Did by Gregg Olsen
Saving Money on Getting New Carpet →