← REVIEW: The Wonder by Emma Donoghue
SPOTLIGHT & INTERVIEW: How to Love the Empty Air by Cristin O’Keefe Aptowicz →

by Audrey Grey and Krystal Wade 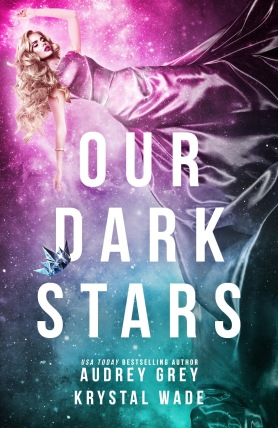 While she sleeps, the whole universe changes.

Princess Talia Starchaser has it all. Wealth. Status. Adoring citizens. But on the eve of her eighteenth birthday, she’s forced to publicly betray her best friend, a companion mock she’s had since birth, setting events into motion that lead to the destruction of the humans, and the princess floating through space, a remnant of a time when humans ruled over droids.

One hundred years later, half-mock captain Will Perrault and his ragtag crew discover a device floating in space. When a very human Talia emerges from its depths, Will suspects she’s the key to buying his way back into the regiment he once commanded against the last remaining rebel humans—and the ruling mock queen’s good graces.

Both Talia and Will would rather get space-tossed than trust one another, but with the queen’s forces chasing them across the galaxy and the fate of both worlds hanging in the balance, they’ll forge the unlikeliest of alliances to survive.

“She knows my every move!” Talia growled, pitching into a steep dive that brought them back into the bowels of the city. In open space, the queen could best Talia any day of the week, but here maybe she could even the playing field.

Sweat slicked her fingers as she guided the steering wheel, working to calm her breathing. The quiet inside the cockpit was an illusion of safety. Up above the queen stalked them from the clouds, waiting to strike.

Talia peered up at the sky, the sun’s glare crippling her vision. “I can’t see her.”

“Me either,” Will confirmed. Judging by his leather seat groaning, he was twisted around trying to find her. “She’s using the sun to her advantage.”

Of course she was. That was one of Ailat’s favorite tricks. Talia dove lower until she skimmed the turquoise waters around the palace. They’d made an entire loop through the city. What was the queen’s plan? Ailat had always been a better pilot, a better tactician. She could toy with them for hours until they ran out of fuel—but that wasn’t what she wanted.

No, she needed to prove once and for all she was better than Talia.

“Here she comes!” Will warned.

The queen’s Starfighter dropped from above in an aerial attack, and the water below exploded in a straight line toward them as she strafed it with bullets. Ascending from this level would make the ship slow and decrease her power, so Talia cut toward the palace, hoping the queen wouldn’t sacrifice the bystanders on the bridge with those bullets.

Talia was wrong. She flinched as the hail of firepower chased them into the courtyard, cutting down the crowds still stuck there.

“Oh God,” Talia cried, wishing she could shut her eyes.

“Look out!” Will shouted as they careened between two archways.

Last second, Talia banked sideways, and the ship slipped through the opening by a whisker. The queen climbed back to her perch in the clouds, safe from Talia’s guns while waiting to swoop down again.

The maneuver was called a high-sides gun pass, and Ailat had done it to Talia a million times before in training. Never once had she recovered after Ailat got her in this position. Growling, Talia swiped sweat-soaked hair from her forehead and then banged her fist on the dash.

“You okay, there?” Will called.

“We’re not going to die today!” She repeated it, louder, for good measure. No way in hell would she let the queen kill them.

“Does this all seem familiar, Tal?” the queen purred over the com, the pleased tone in her voice riling Talia’s blood. “There’s nowhere you can hide now. No safety. You know how this ends.”

Talia grabbed the radio. “I am Talia Starchaser. I fear nothing. I own the stars and the planets and the galaxies, and I am not afraid of you, Queen.”

Hi! I’m an award winning and USA Today bestselling author of several books, including the Moonbeam Children’s Award bronze finalist, SHADOW FALL. I live in the charming state of Oklahoma with my crew: one husband, two little people, four mischievous dogs, and one poor cat. You can usually find me hiding out in my office from said crew, surrounded by books and sipping kombucha while dreaming up wondrous worlds for my characters to live in.

In between the chaos—What’s for dinner? Stop pinching your sister! Homework! Dishes!— and my writing, I make time for various projects. An admitted paintaholic, I’ve painted, sprayed or transformed nearly every piece of my house at least once. I even painted my husband’s beloved fabric chair. Oops!

I thrive on creation: starting from an idea, a blank canvas, or perhaps an outdated room, and using my imagination to create something new and emotionally engaging that’s all my own. But stories have always been my first love. Weaving together complex worlds full of flawed, conflicted characters allows me to express myself in a way I could never do otherwise.

I started creating stories during the sweltering Oklahoma summers spent laboring in my father’s wheat fields. Alone and bored, I dreamed up wild fables of vampires (the Anne Rice kind), cave men, and love-torn ghosts. By college my tales had grown more persistent, and I started to actually write them down.

Now, fiction is my life, and I look forward to sharing my characters and their stories with all of you.

I’m happily married to the love of my life (don’t gag) and raising three beautiful children in the gorgeous state of Virginia. We live just outside Washington, D.C., and every day I wake up to find myself stuck in traffic trying to get there.

The horrid commute gives me plenty of time to zone out and think about my characters in full, brilliant details (I’m a safe driver; don’t worry). Stories give me a way to forget about the sometimes smelly strangers sitting next to me on the fifty mile trek into town (I pick up hitchhikers every day. True story. Check out http://www.slug-lines.com if you don’t believe me).

I’ve been a part of organized hitchhiking for nearly fifteen years, but that’s just one small aspect of my oh-so-large life. When I’m not working, commuting, or chasing after my three children (four if you count the man), you can usually find me outside talking to my chickens like they’re the cutest things in the world (they are), or training my amazing dogs how to herd said chickens (which they love), or curled up on the sofa with a good book (why can’t that be 100% of the time?).

I hope you love my stories (or just like them a little; that would be okay, too). And I hope that one day you find your passion, because there’s nothing in life better than doing what you love while surrounded by people you love.

1 winner will receive a $30 Amazon GC and a hardcover copy of Cinder, US Only. 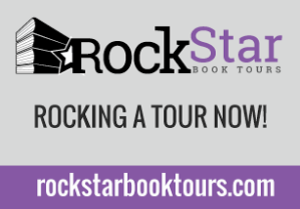 ← REVIEW: The Wonder by Emma Donoghue
SPOTLIGHT & INTERVIEW: How to Love the Empty Air by Cristin O’Keefe Aptowicz →