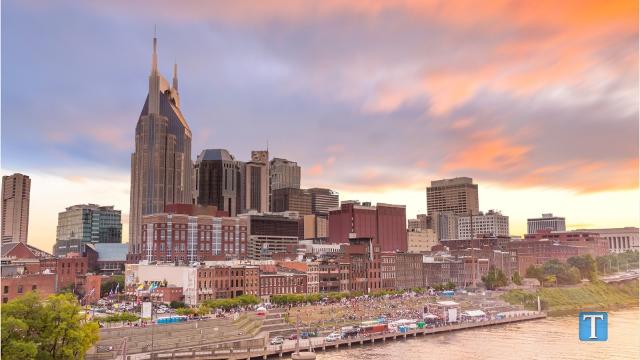 In 2017, Las Vegas was the hottest housing market in the country with the average property rising by just under 7 percent.  However, Sin City lacks the charm of many cities in our great nation – something which is proven out by the fact that just about every other housing market in the Top 10 nationally was in the South.  This just goes to show that there is something about southern living and here five of the best big cities every southern girl will love.

Everything is bigger in Texas and while cities such as San Antonio have received a lot of attention in recent years, the housing market in Dallas is red hot.  So hot that you’ll probably have to spend a small fortune to get the home of your dreams.  But this hasn’t slowed down demand as most builders are reporting that they can barely keep up.

What are the hottest properties in Dallas?  Candidates include the Soco Urban Lofts, which is in a building that is more than 100-years-old and has a two-story penthouse, or you could go for the slick, new Azure Condo.  But even these two properties have nothing on the Museum Tower development.  This project has redefined luxury in a city that always goes big or goes home, with prices starting at $1,000,000.

Long known for being a spring break destination, this city just a stone’s throw from Miami is finally coming of age – so much so that you will have to trade in the wine coolers of youth for a wine cooler.

A big reason for this is the awakening of Fort Lauderdale’s downtown with a mix of art districts, restaurants, condos, and rail connections to the broader region.  By the way, Fort Lauderdale is a great alternative to flying in and out of Miami International Airport.

One of the most sought-after properties in the city is the Icon Las Olas.  Not only does this development occupy a prime downtown location but all 272 of the units on sale are the epitome of luxury.

Before wrapping up our review of Fort Lauderdale, we need to discuss the beach – after all, this remains of the biggest draws in this up and coming South Florida city.  Again, the city does not disappoint as it has a laid-back vibe which sets it apart from South Beach in Miami or the ultra-monied set in Boca Raton.

Besides Atlanta, this city has long been associated with the South and why not as the city is home to the Grand Ole Opry.  While the music is still big business in Nashville, the city is undergoing a transformation as it has become of the tech hubs of the South.  That’s right, move over Research Triangle, Music City is coming for your title.

Beyond this, music lovers can choose The Rhythm at Music Row, which has turned out to be one of the trendiest locations in the city.  However, my choice for the best condo development in Nashville is The Encore.  This development has everything you want in a luxury development – great floor plans and top-notch design.  But what sets The Encore apart is that it is within walking distance of Nissan Stadium (home of the Tennessee Titans) and Bridgestone Arena (home of the Nashville Predators) – try walking anywhere in Atlanta.

Home of Elvis and the Ancient Greeks and there is a good reason why Memphis remains one of the best places to live in the entire South.  Ok, this big city does not have the same big city vibe as an Atlanta or a Dallas, and you won’t find mega developments like Vista Tower Chicago but there are plenty of great properties that you will love in Memphis.

Some of the best include the Paperworks Lofts in the boho South Main neighborhood and the Pie Factory Lofts in the Cooper-Young part of town.  Now there is something about Memphis as it has a different feel than almost everywhere in the south and if you love great barbeque and the view of The Mighty Mississippi, then this is the city for you.

Now there are so many great places to live in the South that limiting this list to five cities was hard.  For example, some readers might be upset about leaving Atlanta out of the list and there are great towns like Charleston which deserve honorable mention.  But when it comes to choosing of the best big cities in the south – and by extension the best properties – New Orleans can’t be ignored.

Of my favorites is The Paramount and true to its name this development in the heart of the French Quarter is one of the most sought-after properties in The Big Easy.  Honorable mention includes the riverside Rice Mill Lofts and the Blue Plate Artist Lofts – the latter captures the creative spirit of this city.

There you have it; five great southern cities and the properties that every Southern girl is bound to love.