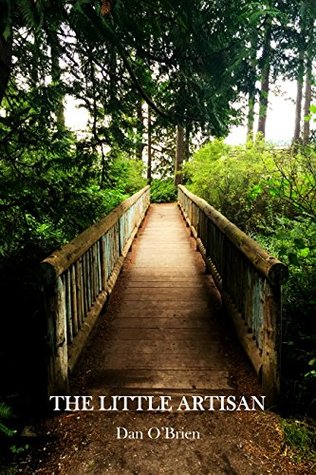 Not all fairy tales involve young princesses waiting to be swept off their feet by a prince. Some heroines want to change the world. Camille has watched her village, and the surrounding area, slowly wilt from years of unrelenting sun and no rain. Mein was once a land filled with magic and dense forests filled with fantastical creatures. Now, it suffers in silence.

Camille believes that she can change their fate by creating a machine to make it rain once more. However, the village is suspicious of her efforts, concerned that her deep love of science will anger the magicks that once protected them. She will have to learn to stand tall and believe in herself if the world is to ever change.

WHAT ARE YOU WAITING FOR?

She paused in front of the entrance; her heart fluttered and her stomach churned. So close. All of the trials and tinkering and prototypes would soon be put to the test.
Taking a deep breath, she pushed aside the curtain and stepped inside. It was bigger on the inside than it appeared from the outside. Mirrors covered all of the walls, which converged on a single hallway leading deeper into the tent.
Camille headed down the hallway. Its walls were also covered with mirrors, creating a maze of kaleidoscope images. She proceeded forward slowly, restraining her impulse to run.
A voice emerged from farther ahead.
“Maker. Artisan. Tinker. Why have you come?”
“For the final piece.”
“The final piece to what?”
“To my Rainmaker.”
Peeling laughter filled the hallway.
“You continue on this fool’s errand even though everyone doubts you,” called the Trickster.
Camille paused.
She didn’t give much thought to what others thought. Occasionally, she would consider how the townspeople might react if the Rainmaker worked; otherwise, she only felt sad when she thought about the people of Mein because they were too frightened to try anything, to take real chances.
“I can make a difference,” she responded.
“Why would you wish to make a difference when no one else will care?” boomed a voice that suggested a large being.
Camille couldn’t even comprehend such a position. She didn’t require others to validate who she was; she did what she thought was necessary. “I have no need of riddles, questions, or condemnations. I only need the final piece. I only need fuel.”
“Fuel?” parroted the Trickster.
Camille noticed a small shadow at the corner of the hallway. Creeping close, she found a small knob attached to a long, thin mirror. She pushed it and the mirror creaked and receded, revealing yet another hallway.
The hallway was unlit except for a faint light at the end. She stumbled forward, feeling the walls to stay upright. Camille turned as the door she came through closed; she could no longer hear the sounds outside the tent. She pushed on through the darkness until the hallway terminated in an open room with a tall chair at its center. A small figure with sandy red hair and a thick beard sat atop it.
“You’re the Trickster?” asked Camille.
The Trickster hopped down, revealing that he was nearly a head shorter than the little artisan. A jagged scar ran from his nose to his chin, giving him a suspicious look despite his otherwise handsome features and green eyes. “I see that you’ve seen past my mirrors, little artisan.”
Camille didn’t like it when people other than her father called her little artisan. “Do you have fuel?”
He shoved his stubby hands into his pockets. “I do indeed. What do you plan on doing with it?”
Frustration itched at her. “I need it for the Rainmaker.”
“Ah, for your weather machine.”
She looked around the small room and saw a cot nestled next to shelves upon shelves of books. “You live here?”
“Our sleepy little village wouldn’t suffer an imp, so I hide behind my mirrors.”
She felt a stab of sympathy for the little man.
“I’m sorry that you must hide who you are.”
The Trickster shrugged. “We all hide a part of who we are. Some must be more cautious than others.”
Camille walked to the bookcase and touched the spines.
“I don’t hide who I am.”
“I suppose that is why we fear you.”
She turned around, surprised. “Fear me?”
He nodded and paced to a long desk with open books stacked on it. “Knowing oneself is a hardship. It forces us to face parts of ourselves we may not like, so we hide behind our fear. Someone who doesn’t hide like we do is certainly to be feared.”
The little artisan looked down sadly.
“That must be difficult.”
“Ignorance proves to be fantastic insulation,” replied the Trickster. Pushing aside some books, he procured a waxen cube and held it up to the light. “I believe I have what you’re looking for….”
Camille crossed the room and looked at the small cube.
“I don’t have much to give you.”
He closed his hand, obscuring the fuel cube from view.
“I ask that you don’t allow our fear to stop you.”
“I don’t understand.”
“I sell hope, and possibility. I wish for the world to be different; yet, I do nothing.”
Camille found his strange self-awareness disarming.
What was he playing at?
The Trickster extended his hand and placed the fuel cube in Camille’s hands. He smirked. “I expect to hear rumbling very soon.”

Dan O’Brien has over 50 publications to his name––including the bestselling Bitten, which was featured on Conversations Book Club’s Top 100 novels of 2012. Before starting Amalgam Consulting, he was the senior editor and marketing director for an international magazine. You can learn more about his literary and publishing consulting business by visiting his website at: www.amalgamconsulting.com. Follow him on Twitter at @AuthorDanOBrien.

Purchase the book on Kindle.

Posted on August 1, 2018, in books, promo, reading. Bookmark the permalink. Leave a comment.