← COMING SOON TO THEATERS: The Nutcracker and the Four Realms
BOOK TOUR INTERVIEW & GIVEAWAY: The Girl at the Grave by Teri Bailey Black → 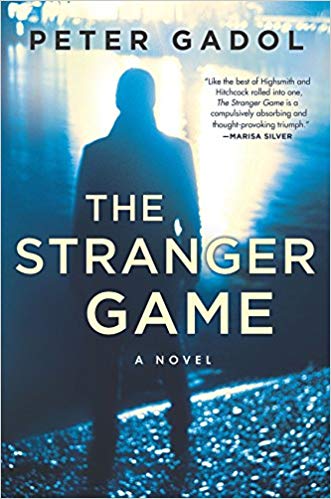 A literary suspense novel in which an eerie social game goes viral and spins perilously—and criminally—out of control.

Rebecca’s on-again, off-again boyfriend, Ezra, has gone missing, but when she notifies the police, they seem surprisingly unconcerned. They suspect he has been playing the “stranger game,” a viral hit in which players start following others in real life, as they might otherwise do on social media. As the game spreads, however, the rules begin to change, play grows more intense and disappearances are reported across the country.

Curious about this popular new obsession, and hoping that she might be able to track down Ezra, Rebecca tries the game for herself. She also meets Carey, who is willing to take the game further than she imagined possible. As her relationship with Carey and involvement in the game deepen, she begins to uncover an unsettling subculture that has infiltrated the world around her. In playing the stranger game, what may lead her closer to finding Ezra may take her further and further from the life she once lived.

A thought-provoking, haunting novel, The Stranger Game unearths the connections, both imagined and real, that we build with the people around us in the physical and digital world, and where the boundaries blur between them.

“The Stranger Game is a sharp-toothed commentary on the ways in which ‘following’ can foster a pretense of intimacy between strangers, and how the falsity of this intimacy—its utter lack of substance—often creates a perilous hunger for more: more access, more communion, more knowledge. It’s also a fun, moody, twisty thriller, with a sun-touched, West Coast vibe…as much Joan Didion as Patricia Highsmith.” —Scott Smith, author of A Simple Plan and The Ruins

“‘Following’ gets a whole new meaning in Peter Gadol’s stylish psychological thriller set in the future of the day-after-tomorrow. A moody, increasingly dangerous house of mirrors where the rules morph as his players become more obsessed with ‘the stranger game.’” —Janet Fitch, author of White Oleander and The Revolution of Marina M.

“The Stranger Game is a gripping and nuanced novel that asks whom we trust and why. It is about being an insider and an outsider, about being watched and, finally being truly seen.” —Ramona Ausubel, author of Sons and Daughters of Ease and Plenty and No One is Here Except All of Us 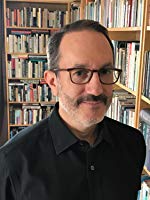 Peter Gadol’s seven novels include THE STRANGER GAME, SILVER LAKE, LIGHT AT DUSK, and THE LONG RAIN. His work his been translated for foreign editions and appeared in literary journals, including StoryQuarterly, the Los Angeles Review of Books Quarterly Journal, and Tin House. Gadol lives in Los Angeles, where he is Chair and Professor of the MFA Writing program at Otis College of Art and Design. Visit petergadol.com for more info on his work.

← COMING SOON TO THEATERS: The Nutcracker and the Four Realms
BOOK TOUR INTERVIEW & GIVEAWAY: The Girl at the Grave by Teri Bailey Black →