Is a Benelli Shotgun Right for You? 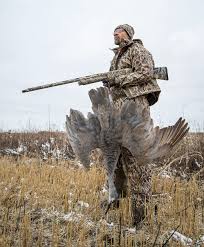 In the world of tactical gear and firearms, technology is making leaps toward accessible home-defense, tactical gear, survival, hunting and hobby weapons. The shotgun from some expert and enthusiasts’ circles may be considered a tool of the past. Or, in the terms of home defense, some might even say the age of the shotgun is dead.

The Benelli shotgun is tangible, in-your-hands proof that the use of a shotgun is not only not dead—but actively thriving and still a number one choice for American gun owners.

In terms of self-defense and home defense, the shotgun is still the single most effective close-quarters combat firearm known to man. An incredibly dependable gun that can fire almost everything from non-lethal rounds to one-ounce slugs.

Benelli shotguns are designed to meet the needs of any professional, civilian, waterfowlers or enthusiast. Gone are the days where shotguns were primarily too heavy or, “a guy thing,” as Benelli has cornered the market in innovative design for lighter weights and ease of maneuvering. Intimidating shotguns have become literally a thing of the past, opening shotgun use to a diverse crowd of people.

The huge selection of gauges these shotguns are available in is sure to match stature as well. Recoil has been virtually eliminated with some of Benelli’s shotguns with their extensive, high-tech dedication to recoil study. The gel comb inserts cushion your cheek, while the recoil pads and the exclusive stock takes the stress from you. If these options aren’t quite enough, Benelli goes out of its way to offer accessories that further reduce recoil.

The myth of shotguns being unreliable can be put to rest as well, especially with Bernelli’s patented use of their Inertia Driven ® system. This system is one of the world’s most reliable.

A low-maintenance shotgun means less in a bug out bag, less money spent on cleaning kits and less time spent cleaning or fixing a gun when you could be using it. Makes sure that when you need your Benelli shotgun, it can be used in emergency situations on time, every time.

With a handgun or carbine, most of the time practicing and learning with these firearms requires knowing how to shoot a target several times in rapid succession. These shotguns are also extremely efficient on ammo, and capacity no longer becomes an issue unlike other gun choices, as a Benelli shotgun achieves the exact results but with a single shot. This ammo versatility is a sport or pro-hunters dream for going after the widest range of game.

The beauty of Benelli is hard to deny. They’ve managed to corner the design on head-turning looks, utter reliability, simplicity, and tactical usefulness—evident in the fact the Benelli is one of the most loved brands by military and law enforcement, which should tell you something.

Shotguns have been the go-to weapon for generations, and thanks to the modern improvements Benelli is making every day they will continue to be the front-runners and most relevant choice.

Posted on September 24, 2019, in Uncategorized. Bookmark the permalink. Leave a comment.